German company Horex announced last year that they have plans to produce a brand new, VR6 Roadster which uses two 1218cc triple overhead camshaft engine with two offset rows of three cylinder at a 15 degree angle. But rumours suggest that the narrow-angle engine is just a start – the original patents for the Horex, filed several years ago, include a second machine using an even bigger, W8 engine. 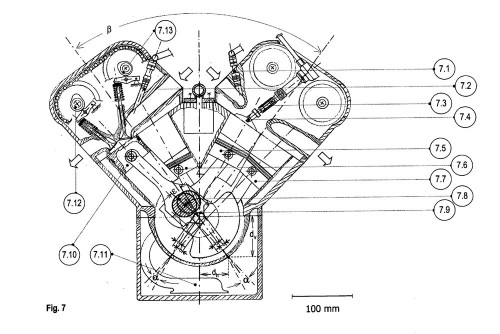 This W8 is basically two narrow-angle V4s bolted together onto a common crankshaft. The patents show that the engine is mounted longitudinally like a Moto Guzzi and the engine drives the rear wheel via a shaft. This suggest the bike is designed more as a tourer than a sports bike. The W8 has 60.6 mm bore and 65 mm stroke.

The VR6 Roadster is scheduled to enter production later this year. 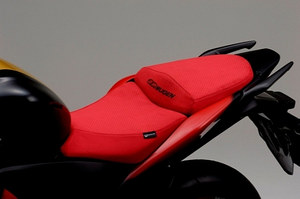