The 2016 Ducati Panigale 959 is coming and you can thank the California Air Resources Board for confirming the news to the world. In a released emission certification document, the CARB cites the 2016 Ducati 959 as sporting a displacement of 955cc. The Italians will introduce the heavily modified Panigale with the larger engine most likely at the EICMA show in mid-november. Stay tuned and click through for more details! 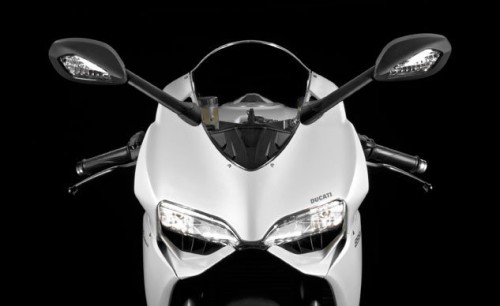 The Panigale has been Ducati’s flagship superbike since the unveiling of the 1199 Panigale in 2011. It wasn’t until the 2013 season that Ducati riders started racing in the World Superbike Championship with the homologated 1199 Panigale R. Both the street, track, and limited edition iterations made more or less in the 200hp range and were the most powerful twin-cylinder production bikes at the time. Ducati dominated the competition in terms of power and torque-to-weight ratios, and have since mastered the art of fusing large displacement V-twins into extremely light platforms in order to deliver outstanding performance.

Also in 2013, Ducati released the 899 Panigale for 2014, effectively replacing the 848. With the 1199 Panigale reflecting its technological exotica in its exotic price, the 899 served as Ducati’s “Supermid” in the market for sport bikes that were smaller, more affordable, accessible, and arguably more agreeable in city riding than the industry’s super litres. 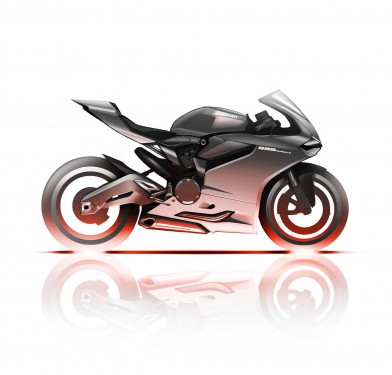 The new Panigale will be powered by a 955cc engine

In 2015 the public got the 205hp 1299 Panigale for the street with a displacement upgrade by widening the bore from 112mm to 116mm, moving already over-square Panigales from 1198cc to 1285cc and increasing torque as well as the power over the engine’s entire range. This year’s Panigale R homologated for the World Superbike Champsionship, however, remained 1198cc and is fitted with advanced electronic technology found in the 1299 as well as ultralight, race ready components.

For 2016, the Ducati 899 will follow suit by taking its 898cc engine up to 955cc for the new Ducati 959 Panigale. Since Ducati’s Superquadro power plants are integral parts of the motorcycles’ monocoque frames, dimensions are strict. Ducati could bore out their big bikes, but not lengthen their 60.8mm strokes—still keeping them relatively well balanced. Instead of increasing the bore of the 899 from 100mm, Ducati chose to further standardise the Panigale models by taking the 899’s stroke from 57.2mm to the same 60.8mm found on the larger Panigales. This would result in the displacement increase in the new 959 Panigale. Chief Project Engineer Gigi Mengoli of Ducati’s Engine Development Department decided that this would help the baby Panigale keep up with its big brothers.

There is more to remain seen about the new Ducati 959 Panigale. Time will also tell about how Ducati’s progress and direction ties in with new Euro 4 emission and noise standards. With EICMA 2015 swiftly approaching in mid-November, Ducati said they would release 9 motorcycles for 2016 in the upcoming festivities. We expect the 959 Panigale to be there alongside other rumored models such as a 400cc Scrambler and the 937cc Ducati Hypermotard 939. 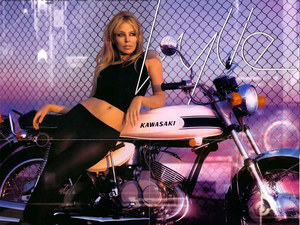