Horex was a very old german manufacturer in Bad Homburg. It was founded in 1923 and built 600cc and 800cc four-stroke motorcycles until 1960, when Daimler-benz overtook the company and production was terminated. After 50 years, Horex returns now with a six-cylinder, supercharged machine. Dubbed the VR6, the 1218 cc V6 has been under secret development for the last five years, by German engineer Clemens Neese and his business partner, Frank Fischer. 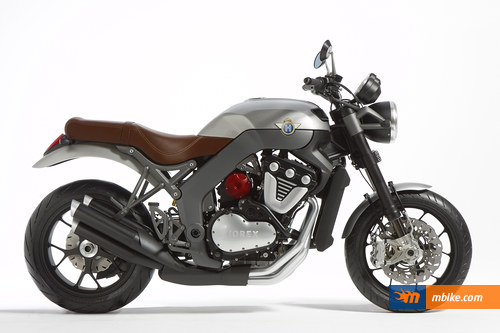 Horex returns with a new concept

Peter Neumann was responsible for the desing, the man, who drawed the MZ 1000S and BMW’s C1 scooter, too. At the core of the VR6 is a 15° VR6 engine. You probably associate this name with Volkswagen, who first developed this kind of V6 in the eighties. The VR comes from a combination of V-motor and Reihenmotor, the german word for an inline engine respectively. It’s a uniquely suitable arrangement for a motorcycle, packing six cylinders into a package only slightly larger than an inline-four and considerably shorter than a V6, in fact, VW originally created the design so they could package six cylinders into cars only intended to accommodate four. VR6 engines use a single cylinder head and this one has three parallel camshafts. The specs reveals that, with a 68 mm bore and 55 mm stroke, the six has a capacity of 1218cc. Power figures are impressive: the VR6 produces 175-200 hp and 150 Nm of torque, which helps the 200 kg-machine to a top speed of 250 km/h. 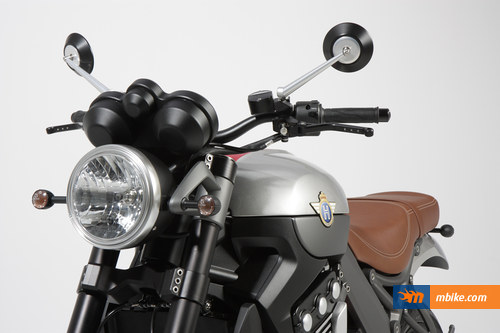 According to Horex, the bike has exceptional smooth power delivery. The VR6 has radially-mounted brakes with ABS, a single-sided swingarm that’s fitted with a belt drive from the motor to the wheel. Horex says it has secured euros in the double digit millions to bring the project into fruition. A final production venue hasn’t been decided, but the bike is expected to be released in Germany, Austria, and Switzerland in 2012 before coming to the rest of Europe and the US. 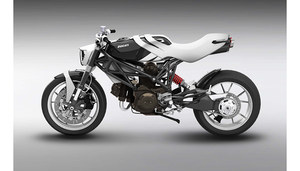