German motorcycle manufacturer Horex announced its comeback back in June. Their first new bike will be the VR6, a supercharged six-cylinder naked cruiser which features a 15° six-cylinder engine delivering 200hp. The VR6 is a uniquely suitable arrangement for a motorcycle, packing six cylinders into a package only slightly larger than an inline-four and considerably shorter than a V6. Rumors suggest that the bike goes into serial production in 2012. Until then, we have this two videos about the VR6’s sound and engine layout. Enjoy. 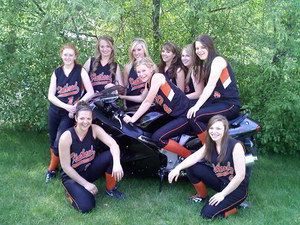