2011 witnesses a landmark of World Championship Grand Prix racing for Yamaha, having successfully competed at the highest level for 50 years. From the very first Grand Prix entry in the French GP of 1961 to today, Yamaha has been an icon at the forefront of Grand Prix racing with countless victories delivered the world over to the delight of the many loyal and dedicated fans. Yamaha will commemorate this incredible achievement over the course of this year with a number of actions. 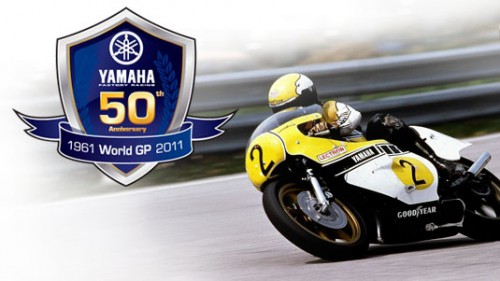 A special 50th Anniversary logo has been created using Yamaha’s corporate colours and will be used during the season. The logo will be proudly displayed on the 2011 YZR-M1 fuel tank, on all Yamaha Factory Racing Team uniforms, within the pit garage of riders Jorge Lorenzo and Ben Spies and also on the Yamaha Factory Racing trucks.

The World GP 50th Anniversary will also be celebrated online with a special dedicated website – 50TH YEAR OF ROAD RACING WORLD CHAMPIONSHIP GRAND PRIX – live from tomorrow, 1st February 2011. The website features an impressive archive tracking the history of Yamaha’s involvement with racing along with detailed historical information. Throughout the season the site will be regularly updated with columns and videos along with exclusive messages and interviews of key people involved in the Yamaha story.

Several exciting events are also planned to bring some of the glorious racing history to life. A special demonstration run for the public and global media at Motegi in Japan will see iconic machines back on track. The legends on the circuit for this special event will include the 1974 YZR-500 (OW20), Yamaha’s first 500cc factory bike and the 1978 YZR-500 (OW35K) which delivered three championships at the hands of Kenny Roberts. This event will also be scheduled for Assen to allow European fans to take part in the celebrations and see Yamaha’s racing history come alive. 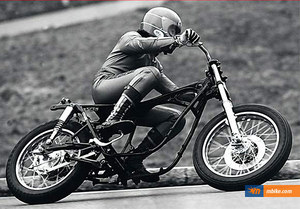