Husky will offer a brand new FS 450 for the next model year. Moreover, the new FS 450 isn’t a rebranded KTM since this bike doesn’t have an equivalent in the Austraian’s lineup. The FS 450 looks impressive on paper: it’s lighter, more powerful, it has a new frame, new bodyork, improved electronics including map switch and launch control. The newest Husqvarna Supermoto will hit dealer showrooms in Europe this month. 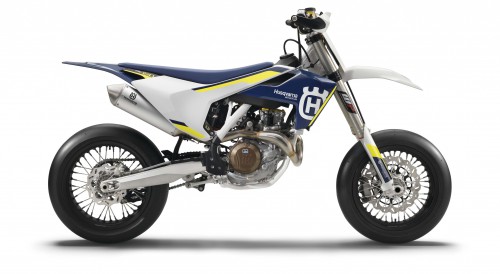 In order to differentiate itself from parent company KTM, Husqvarna released a brand new bike that doesn’t have an equivalent in the Austrian’s lineup. The FS 450 Supermoto is basically a heavily modified FE 450 Enduro which was announced a couple of months ago.

One of the main goals of Husqvarna was to make the bike lighter than its predecessor. In order to achieve that goal, Husqvarna developed a brand new chromium molybdenum steel frame that redefines the bike’s structural aspect for optimal mass-centralisation. The frame itself is 380g lighter than the one found on the 2015 FS 450 while the subframe is made of a composite material that is 30% carbon fibre and features a three-piece construction, which is 1 kg lighter than its equivalent in the previous model. 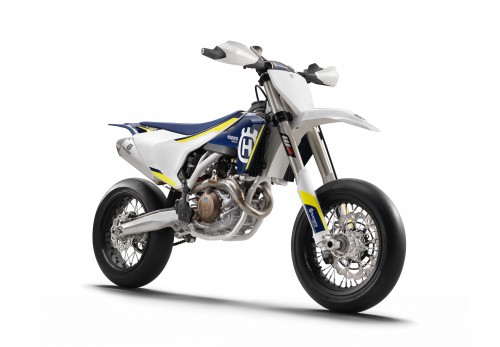 There’s a new engine sitting in the new frame – and this single-cylinder is the most powerful Husqvarna 450 Supermoto engine ever developed. The 450cc power plant has a single overhead cam and is capable of delivering 63hp. The redesigned engine’s new crankshaft features 10 % more inertia and has been repositioned 9 mm backwards and 7 mm higher. The higher inertia increases traction and rideability while the new position within the engine contributes to mass-centralisation. A plain big end bearing and two force-fitted bearing shells ensure maximum reliability and durability, guaranteeing long service intervals of 100 hours.

The FS 450 features APTC (Adler Power Torque Clutch) slipper clutch which prevents rear wheel instability and hopping when braking hard into the apex of a turn, for maximum control and perfect supermoto-style drifting. 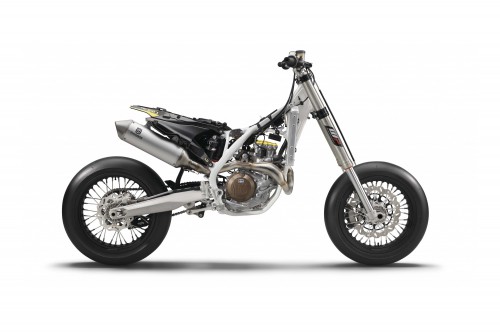 Other new features include quality WP suspenion parts – a 48 mm closed cartridge front fork, matched with a rear shock that has a suspension travel of 266mm. Brakes are delivered by Brembo, featuring a 4-piston radially mounted caliper and pump in combination with a 310 mm disc at the front. A single piston caliper and a 220 mm disc are fitted to the rear.

The model year 2016 Supermoto features a standard handlebar map switch. The map switch now also activates launch control. With the engine at idle, launch control is engaged by switching once between the selected map and the alternative map, and then back again. When the fuel injection LED flashes, launch control is engaged. This function limits the amount of power to the rear wheel for approximately two seconds, improving traction and preventing loss of control under hard acceleration. 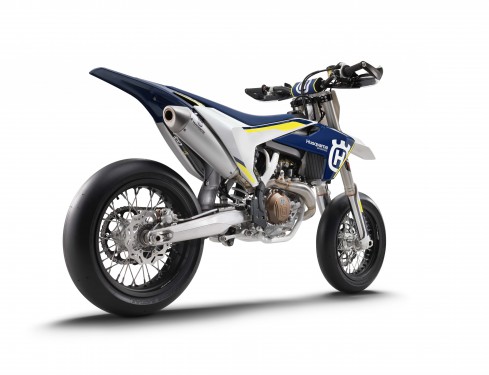 The Keihin EMS engine management is also new: it’s smaller, lighter and faster at processing data. It integrates launch control for perfect starts and selectable engine maps via the switch on the handlebar. 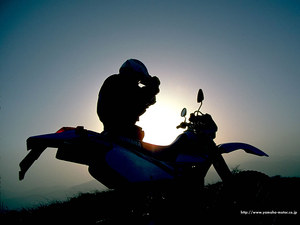