The Husqvarna 701 Supermoto is made its appearance as a concept machine at last year’ EICMA and Husqvarna received very positive results when the concept was shown. Some say that the bike is just another KTM but watching the teaser videos of the manufacturer, we have to admit that the bike looks like a hell lot of fun. The first street bike of Husqvarna is set to be released later this summer. 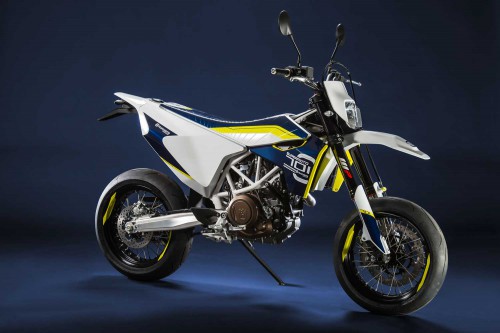 The style of the Husqvarna is somewhere between cool and crazy. This machine is half street and half dirt bike. It will can handle anything you through at it. From curvy mountain roads to muddy fields, this bike can go anywhere. In fact, the testing ground for this model was a frozen Nordic wasteland. That’s perfect to go full throttle and see what this system can handle. Using wheels that had hand-fitted spikes, the 701 had no problem ripping a new path into the icy lands.

Because this motorcycle is so new, there is little information about it. What is known is that it has an engine that will produce 67 horsepower and some of its features include a slipper clutch and an anti-locking braking system. This bike will also have a suspension similar to the KTM’s WP system. The fuel capacity could be 3.7 gallons. The 701 Supermoto will have a net weight of about 340 pounds. 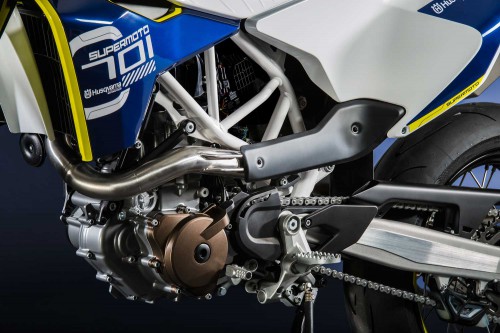 The newest Husky is not just another KTM

It has been hinted that the MSRP of this sweet ride will be in the $12,500 range. At this price, you won’t break the bank when you break in your new lifestyle. That’s right, you’re not only buying a great machine, you are buying an awesome life. So let loose and enjoy your second or maybe third childhood. This will help when your mid-life crisis sets in.

In conclusion, the Husqvarna 701 Supermoto is an awesome bike at a great price that won’t break your bank. Heck, at that price you can get one for your wife as well. Unless of course, the whole reason for this motorcycle is to get away from everything for a while. Whether you’re cruising the streets or heading to a great camping spot, this bike is the one that can handle anything you through at it. 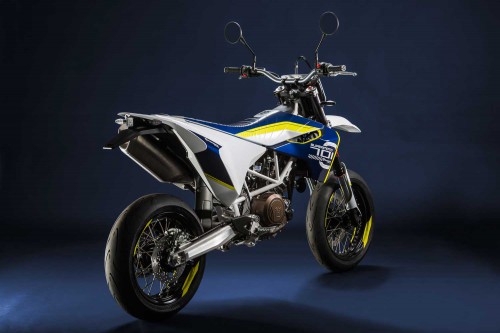 The 701 Supermoto is just around the corner

The newest Husky will be revealed later this summer. Stay tuned! 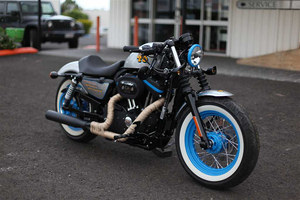