Husqvarna has just revealed the full specifications of its newest bike, the 701 Supermoto. The bike features a lightweight frame, a liquid-cooled singly capable of delivering 67hp and 67 Nm of torque, advanced ABS brakes, and WP suspension parts. But the 701 Supermoto is not the only new model from Husqvarna – according to Asphalt & Rubber, an enduro version is also in the works as another 2016 model year bike. 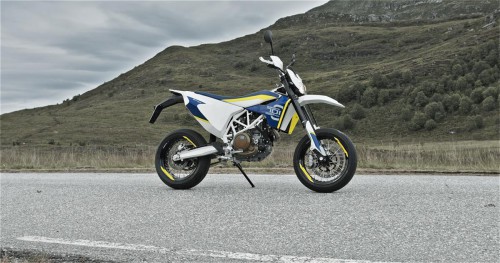 The 701 platform is based on KTM’s 690 Enduro so there are plenty of similarities between the two bikes. Just like its sibling, the Husky has a lightweight trellis frame made of chromium-molybdeum steel. The bodywork looks amazing with the long seat and curved radiator. 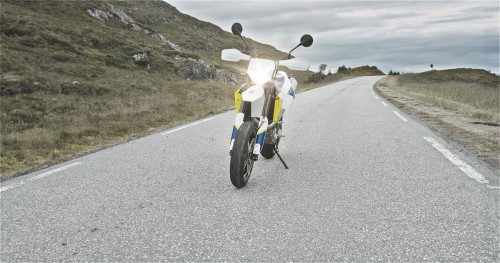 At the heart of the bike is a single overhead cam, liquid-cooled, single cylinder engine that has a maximum power output of 67hp at 7,000 rpm and 67 Nm of torque at 6,500 rpm. The engineers mounted a six-speed gearbox to the engine via hydraulically operated slipper clutch. Ignition and engine management parts come from Keihin. Of course, a spec sheet won’t tell us how much spirit the single has but power figures suggest the bike will be fun to ride. 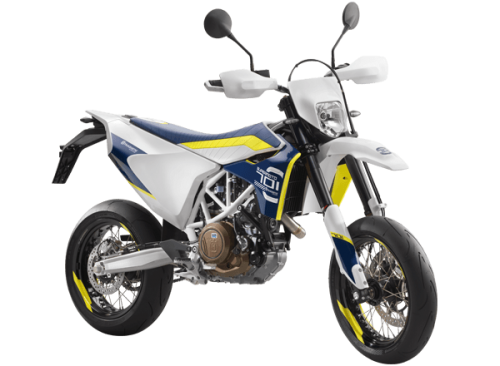 The 701 Supermoto is equipped with WP suspension parts – there’s a 48mm fork up front and a monoshock system with pro-lever linkage at the back. Brakes are delivered by Brembo, you’ll find a four-piston, radially bolted caliper with a 320mm disc up front and a single-piston 240mm disc at the back. Husky used the newest Bosch ABS brake system with offroad mode but the rider can switch it off completely if needed. Suspension travel is 215mm, and 250mm, respectively. Seat height is 890mm while dry weight is 145 kg. Tank capacity is about 14 litres with 2,5 litres reserve, ground clearance is 270mm. 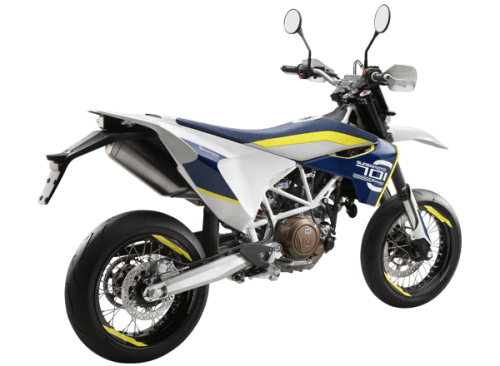 The 701 Supermoto will be available from November on European markets only. There’s no official statement regarding the availability in North America but some reports suggest that it may be available in the U.S and Canada early next year.

Good news that the 701 Supermoto won’t be the only new model on the manufacturer’s 2016 line-up. According to Asphalt & Rubber magazine, the guys in the factory are currently working on the enduro version of the 701 that will most likely hit showrooms in Spring 2016 and there’s a Cafe Racer version that won’t be launched before 2017. 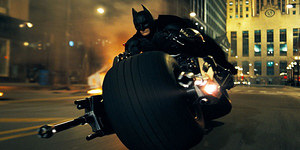