Indian motorcycle manufacturer has acquired the UK-based Harris Performance Products Ltd. The deal is very important to Enfield since the brand is planning a new entry into the 750cc middleweight segment. The new motorcycle will feature a 750cc parallel twin and will hit the dealers next year. According to press reports, another model is also in the works, this one has a 410cc single. British engineering, Indian pricing – we look forward to it.

Harris Performance was no stranger to Royal Enfield – the two firms collaborated for the Continental GT frame in the past. The new deal is aimed at delivering a new generation of Royal Enfield bikes. Royal Enfield has big plans for the next couple of years – they are currently developing two new middleweight motorcycles.

The smaller one will be powered by a 410cc single while its larger displacement sibling features a 750cc parallel-twin. “Royal Enfield is working on its new generation of products and platforms; to have the Harris Performance team dedicatedly working with us will clearly enhance our engineering and product design capabilities,” Royal Enfield CEO Siddhartha Lal said.

“All of the current staff at Harris Performance will now become employees of Royal Enfield, taking responsibility of performance and development engineering for our new range of motorcycles. They will be part of Royal Enfield’s upcoming UK Tech Centre,” he added. Well, you don’t hear too often that an Indian company is outsourcing R&D in the UK but this is exactly what is happening right now.

Founded over fourty years ago by brothers Steve and Lester Harris and Stephen Bayford, Harris Performance has plenty of know-how in the business of chassis design and manufacturing, it’s a well-known name in the motorcycle industry. Harris Performance built several race bikes for Yamaha and Suzuki for Grand Prix and World Superbike series. The companies already engaged several big names like Pierre Terblanche, Simon Warburton, Mark Wells and Ian Wride.

According to the deal, a major Royal Enfield engineering center will be set up in Leicester. Steve Harris, Founder, Harris Performance said: “Having worked with Eicher Motors Ltd’s motorcycle brand Royal Enfield for a number of years as a Technical Partner, we have experienced first-hand their capability, commitment, and ambition for their motorcycles and accessories”. 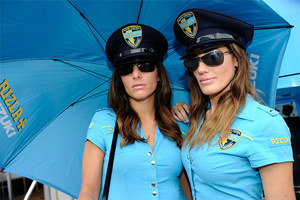