Royal Enfield is officially the oldest motorcycle manufacturer in the world that’s still in production. The company started making motorcycles in the UK in the late-1890s, and did well until the 1960’s. The firm closed its UK shop in 1971, but the name didn’t disappear. In 1995, an Indian company managed to buy the right to the Royal Enfield name. Now, the brand is building various versions of the Bullet 350 and the Bullet 500. The company released a video of its heritage and history. 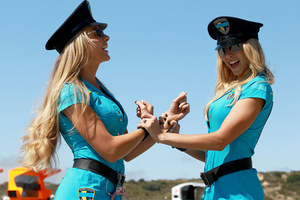