BMW is known for its opposed cylinders sticking out of each sides of their bikes but that may change soon enough. The Bavarian manufacturer has just patented two different three-cylinder engines. According to press reports, the strange pushrod engines may be power a new cruiser model. Both engines have a bizarre W3-configuration that makes them very compact. 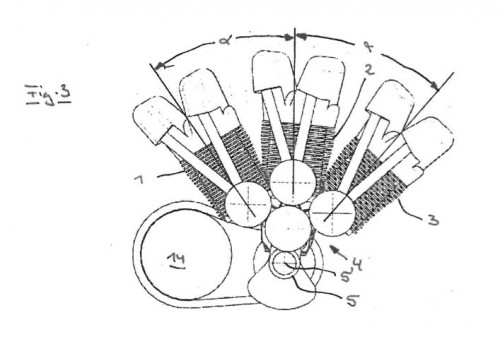 Both engines are based on European patents and both of them have a goal of cramming three cylinders into the space of a traditional V-twin. The idea is not new, the Germans designed the six-cylinder engine of the K1600 line to be as compact as an inline-four. In the first engine, every cylinder has its own designated crankpin. The result is an inline-triple with a wider layout. According to the description submitted to the World Intellectual Property Organization, “the embodiment according to the invention represents an as of yet unknown type of W-3 reciprocating piston internal combustion engine having cylinder angles which can be largely freely sized.”

This one is an odd-looking engine

The second patent features a more traditional approach, it’s more like a version of the traditional V-twin. Two of the cylinders share a crankpin while the third sits inside the V. We have to admit, this one looks pretty strange. According to Jalopnik, the new three-cylinder engine could be for a new cruiser motorcycle. This move would make sense since the manufacturer doesn’t have a classic cruiser model on its line-up. There’s the K1600 sitting at the top of the range and there are some great adventure models but not a single one that could be a competition for the magnificent Ducati Diavel. There was the boxer-powered R1200C but the Germans cancelled that one because the 61hp coming out from the V-twin simply wasn’t enough for the current market.

Is it for a new cruiser?

Then again, the new W3 engines are just patents but we would like to see very much a bizarre-looking W3-powered BMW cruiser. Would you? 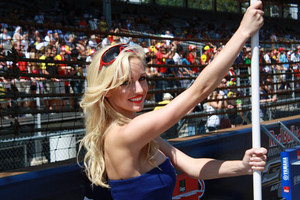