Ahead of the forthcoming 2015 MotoGP World Championship season, Ducati have presented the new Desmosedici GP15 prototype at a special event in Bologna, Italy. The riders of the team, Andrea Dovizioso and Andrea Iannone, helped unveil the new GP15 that will make its on-track debut at the Sepang 2 test before the end of the month. 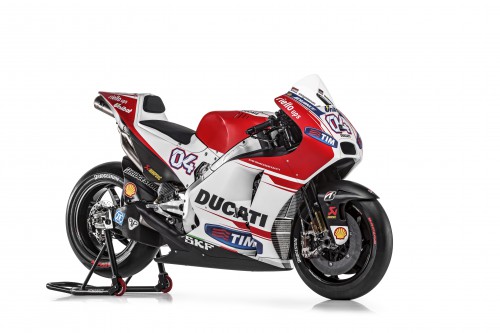 There’s a lot of pressure on the Ducati team since the bike was a no-show at the first test of the season in Sepang. The GP15 is essentially an upgraded version of the GP14 but the Italian engineers made a lot of changes. First, they worked a lot on the aerodynamics and these changes are very much visible: the air intake is a completely new while the tail fairing is sleeker, smaller. Another obvious change is the new exhaust and the bodywork. 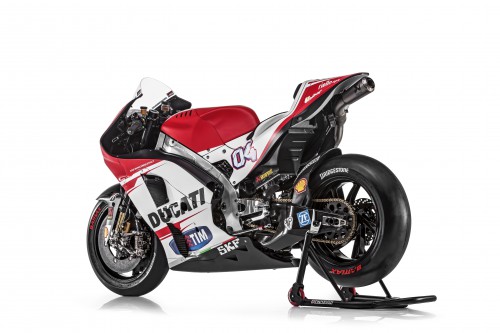 The tail section is completely new

Further technical upgrades, such as improvements to electronics and the new version of a “seamless” gearbox were also explained at the launch by Ducati Corse General Manager, Luigi Dall’Igna. The V4 engine has been rocked backwards and it delivers over 240hp, helping the GP15 to a top speed of over 340 km/h (211 mph). Claimed dry weight is 158 kg (348 lbs). 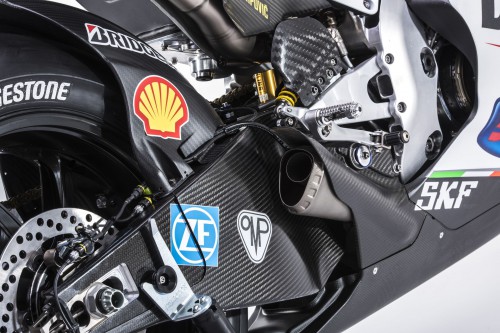 The GP15 will only be made available this season so Dovizioso and Iannone, so the rest of the Ducati equipped riders on the MotoGP grid will continue riding distinct versions of the GP14.

Are you interested in an Arai Ducati Corse helmet? See this Ducati Arai Helmet Corse 14 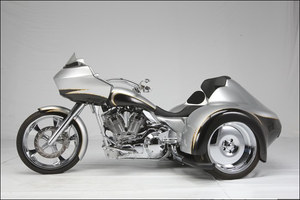