The most beautiful cafe racers of the year

The revival of cafe racers is fuelled by the world’s apparently insatiable appetite for nostalgia. They’re popular enough to make it into serial production but there are lots of shed-built specials or custom cafe racers, too. These light-weight, stylish motorcycles are highly popular in Europe, mostly in Italy and in France but you can often spot these machines on the roads of the UK or Spain. We collected a couple of cafe racers that are beautiful and – more importantly – you can buy right now. 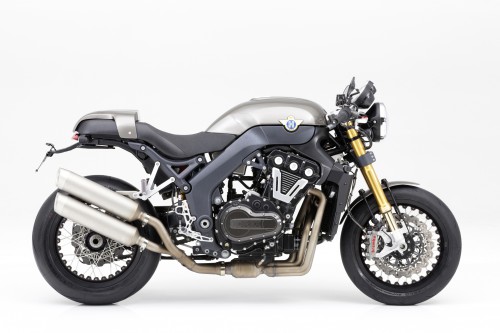 The Horex VR6 cafe Racer is a really exclusive bike

Small German manufacturer Horex has just revealed the cafe racer version of its VR6. Created in cooperation with accessories specialist LSL Motorradtechnik, the new Horex is being produced in a limited series of 33 units and it is already well on its way to becoming a classic in the motorcycle world. The bike features an advanced six-cylinder engine, a short tailpipe, milled clip-on handlebars, and exclusive paintwork in brownish silver. The suspension includes an Öhlins FGRT upside-down fork and TTX 36 swingarm. Both are fully adjustable for better feedback. The chassis package is complemented by an Öhlins steering damper and black-anodized spoke wheels by Kineo. The narrow-angle 1218cc-engine delivers 126 hp @ 8.500 rpm while maximum torque is 120 Nm @ 7.000 rpm. Price tag: 33.333 Euro (Germany). 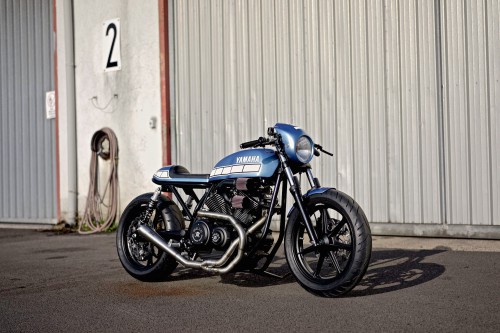 Legendary German custom bike builder Marcus Walz did a very decent job with this creation of his. The completed motorcycle sits somewhere halfway between a street tracker and a cafe racer, and if you’re looking for more details, click here. 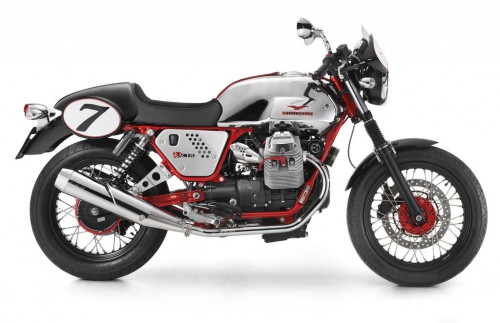 The V7 is one of the most complete cafe racers on the market today. It has drop bars, upswept pipes, red frame, chrome finished tank, and laced wheels. It offers a perfect merge between the classic and modern design languages while featuring modern technologies to provide a unique riding experience. The bike is powered by Guzzi’s 744cc 90° V-twin generating a maximum power of 50 hp @ 6,000 rpm and 42.7 ft-lbs. (58 Nm) @ 5,000 rpm. The V-twin is coupled with a 5-speed gearbox with cardan final drive. The engine sits in a double cradle tubular frame with detachable rear subframe. Top speed: 115 mph. Price tag: $ 10,490. The V7 is available in two other versions, too: the V7 and V7 Special. 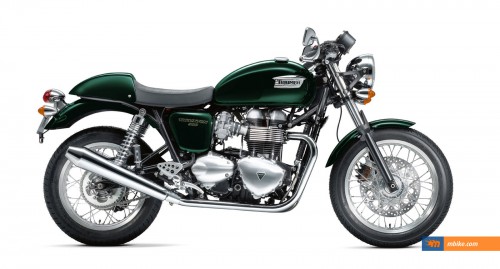 The cafe racer version of the Bonneville is one of the best on the market. It does everything just as good as the V7 but it’s a lot cheaper. Named after a British circuit where Triumph enjoyed great success in production racing, the Thruxton follows in the tire tracks of the 1960s Thruxton T120R. The bike features a classic paint scheme, low and narrow handlebars, twin instrument pods and tubular chassis. At the heart of the bike is a 865cc parallel-twin engine that puts out 69 hp with 69 Nm of torque. The engine features fuel injection, twin balance shafts, double overhead cams and eight valves, so it’s a modern piece with generous low-end torque and a distinctive sound. Price tag: 9,630 Euro (Germany) or $9,099 (USA). 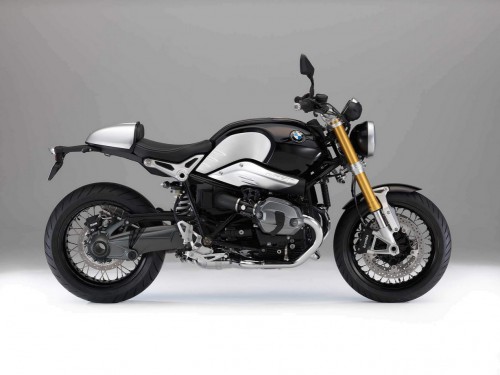 Well, this one stand out a bit because the R NineT is not exactly retro – it’s more of a retro-inspired motorcycle. That means this one is probably the best bike on this list. It was designed to be simple: well-known boxer engine, built in a simple frame, single headlight, simple seat, simple dash, none Acronyms like on other BMW bikes. There’s ABS but no traction control, no electronic suspension and no switchable engine maps. At the heart of the bike is a 1,170cc Boxer engine that put out 110 hp @ 7,550 and 119 Nm @ 6,000 rpm. Top speed is over 200 km/h (124 mph). Price tag: $14,900 (USA) or 14,500 Euro (Germany). 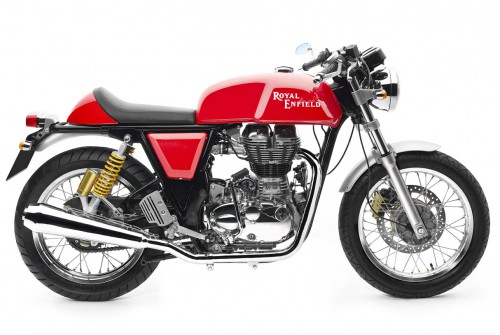 The Royal Enfield Continental GT was first unveiled at the 2012 Delhi Auto Expo. It’s a remake of the 1964 original with an oversized 535cc version of Enfield’s classic air-cooled Single and a retro look. The Continental GT is not jut any other Enfield from India: it’s chassis comes from Harris which gives it some proper kudos. The air-cooled engine delivers 29 hp @ 5,100 rpm and 44 Nm @ 4,000 rpm. It’s a real authentic cafe racer with an old-school charm, a classic kickstarter (electric start is optional), nice handling, modern Brembo brakes and twin gas-charged Paioli rear suspension. On the other hand, another gear would be nice and you have to take the vibrations of the single-cylinder engine into account. Price tag: 6,299 Euro (Germany) and $5,999 (USA). 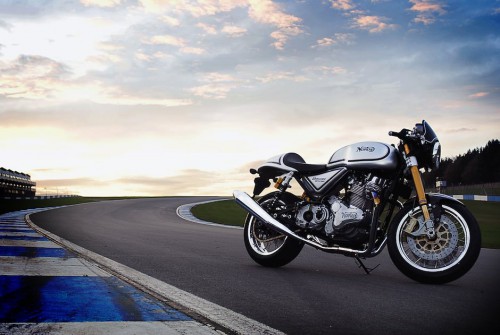 Almost every modern Norton is a cafe racer, not just the one with the name “Cafe Racer”. The small British manufacturer relaunched three new versions of the 961 Commando; the 961 SE, 961 Sport and 961 Cafe Racer back in 2011. All three versions feature a true British style, a 961cc parallel twin with a dry slump, a constant-mesh 5 speed transmission and Brembo brakes. The two-cylinder engine produces 80 hp and 80 Nm of torque at 7,700 rpm and 6,000 rpm respectively, the total weight of the 961 Cafe Racer is 205 kgs and the top speed is said to be 130 mph. The only thing that ruins the big picture a bit is the modern upside-down Öhlins fork. Price tag: a whopping 14,750 pounds. 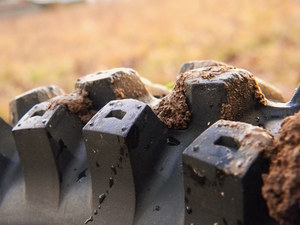