What is the car of the year for you? The Alfa Romeo 4C? The Tesla S? What is the custom motorcycle of the year? The Harley Livewire? The PJD Pro-Street Cafe? For us, it was a one-off motorcycle commissioned by a French watchmaker and built by a British custom shop using an American donor bike. Based on the Harley-Davidson FXS Softail Blackline, the Bell & Ross B-Rocket is a paradox, an “aeroplane motorcycle”. 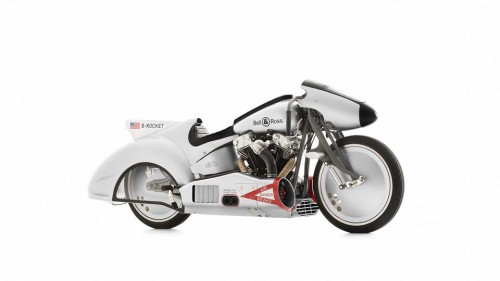 The custom bike was inspired by motorcycles, speed and the aviation experiments of the 1960s, French watchmaker Bell & Ross has launched the B-Rocket to draw some media attention. We’re glad that worked out because the world needs crazy concepts like this one. The bike has a neo-retro design that is both a throwback in time and a look into the future. 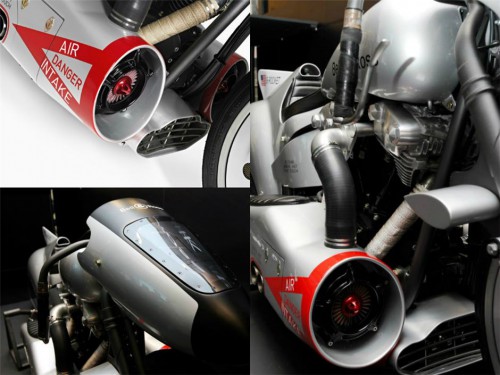 Look at those fine details

It took more than a year to built this beauty. The guys at custom bike builder Shaw Harley-Davidson crafted the jet-like bodywork out of steel entirely by hand, while design chief Neil Sefton carefully pieced everything together to create the beautifully finished product. The rear-end has been manufactured with over 30 sections of steel – this is where the concept motorcycle best incorporates the experimental aeronautic codes of 1960s. 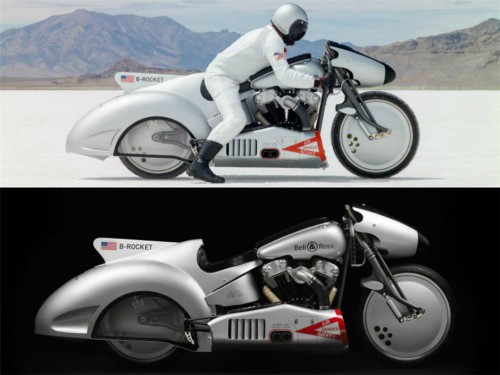 Of course, being a Bell & Ross project, the custom bike is meant to promote a new timepiece from the French watchmaker. This would be the $6000 42mm BR03 chronograph. It’s a nice piece of watch but we’ll still take the bike, thanks.

If you are looking for a leather swing arm bag, see this Willie & Max Synthetic Leather Swing Arm Bag for Harley-Davidson Softail