As part of what will prove to be one of Harley’s most ambitious model years to date, the Fat Boy – along with the Softail Slim S – has just been loaded with the Screamin’ Eagle 110 Twin Cam engine. With its new engine, tank, dual shotgun mufflers and even a sexy new paint job, this new, limited-edition 2016 Fat Boy S is the classic Harley…only with more power than ever before. 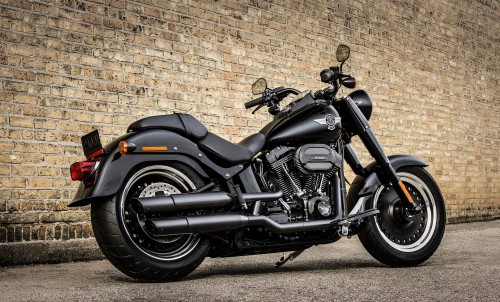 The latest Fat Boy stays true to the All-American design that’s won our hearts ever since the start of the 90s when Arnie’s stunt-double jumped one into an L.A. storm drain. Again we see the bullet-hole aluminium disc wheels, as opposed to spoked wheels, that make the Fat Boy so distinctive.

However, with the 2016 release, Harley have gone for a self-confessed darker look. The new Fat Boy boasts some fancy new brush-work and is available in ‘Denim Black’ and ‘Vivid Black’.

The S – for “Special” – model sees a move away from the heavily be-chromed Harley’s of the past and as such will appeal to riders from areas prone to wetter weather (we’re not all lucky enough to live on the Californian coast) who found earlier Fat Boy models to be fairly high-maintenance to say the least.

Another notable quality of the 2016 Fat Boy S? Electronic cruise control. This is the first time a Harley softail has ever had cruise control. It comes in the form of electronic throttle control and will certainly add to the bikes appeal on the long, straight roads of the States, as in the Australian Outback.

The softail design blends the old-school hardtail look with maximum rider comfort – the classic Harley trick of hiding the rear suspension shock absorbers beneath the transmission. This, and the Fat Boy’s low-slung seat, will have you feeling like you’re scraping your arse on the ground – in a good way.

For those accustomed to a Harley’s weight, dual indicators and gearbox that shifts gears like a tractor, the Fat Boy is a smooth, easy ride. Much of the vibration has been ironed out since the bike’s earlier incarnations, leaving just enough for what we might call ‘character’. 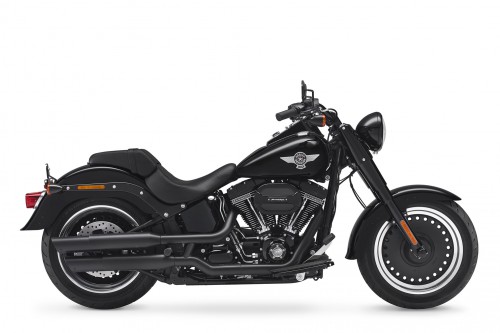 Now the moment you’ve all been waiting for. It’s somewhat ironic that the ‘Evo’ (Evolution engine) was only the beginning of the Fat Boy’s ‘evolution’. Since then it’s seen a special version of the Twin Cam engine used in the Dyna, counterbalanced to compensate for the noticeable lack of rubber engine mounting in the softails.

Now, the 2016 Fat Boy S has been gifted with the 110ci (1801cc) Screamin’ Eagle Performance Twin Cam engine, previously only available in Harley’s top-end bikes – the CVO (Custom Vehicle Operations) range. This means a lot of extra engine power available at a much better price. 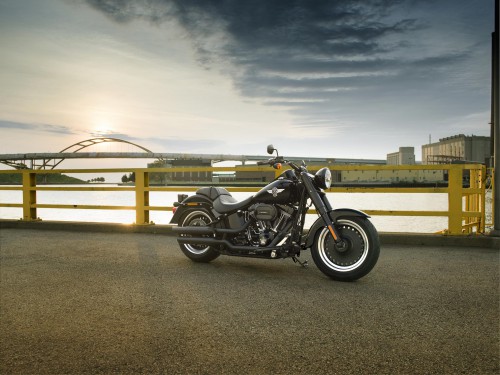 As is the way with a Harley-Davidson, there’s no limit to the amount of custom features that can be chopped and changed for an additional cost. However, as far as the basic package goes, the high-quality paint job and finish, dual, over-under shotgun pipes, updated five-gallon Fat Bob tank, Screamin’ Eagle ventilator intake, and of course the new TC110 V-Twin engine, all come together to make quite the bike.

While it’s no Japanese bike, you always know where you stand with a Harley-Davidson, and the new Fat Boy is no exception. One of Harley’s toughest bikes, it still remains to be seen how next years’ S model will stand the test of time, but at the end of the day, a new Harley is more show-piece than commuter and will need to be looked after accordingly.

There are two ways of looking at the price tag on the 2016 Harley-Davidson Fat Boy S. On the one hand, for a Harley, and with its exclusive new engine, it’s an absolute steal. On the other hand, the same bike without the ‘Harley’ logo on the tank would almost certainly be a good couple of grand less expensive. There are faster, more reliable and far more technologically advanced bikes out there for a lot less money, but everyone knows that you pay for the name with a Harley, and if you’re seriously looking into buying one, you’ve obviously made your peace with that fact. 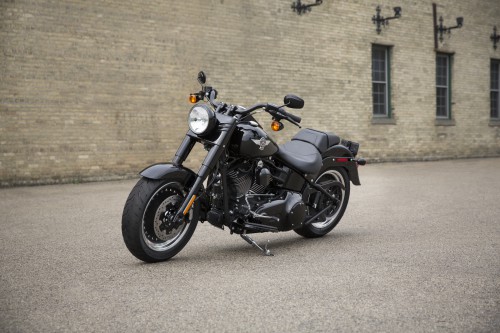 If the cost of the bike alone wasn’t high enough, especially by the time you’ve added all your optional extras, then the insurance cost certainly will be. As should be expected with a beast of a bike like this, the Fat Boy sits in one of the highest insurance groups going (15 of 17 for most major insurers). In short, this is a bike for someone with a real passion for cruising, not to be taken on lightly.

While to the uninitiated the new Fat Boy may look more-or-less the same as older models, the new engine has completely transformed the feel of bike, with all that extra low-end power and torque making for an effortless ride – the ultimate cruiser experience. Once this bad boy hits the streets, hog-lovers may find themselves wondering why they ever rode anything else. 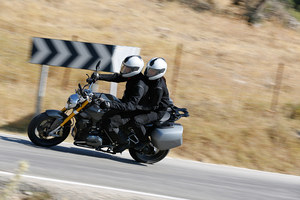