The National Highway Traffic Safety Administration has announced an update for the DOT regulations covering motorcycle helmets on May 13 that took effect immediately. The new rule is meant to decrease the use of “novelty” helmets while making it more difficult to sell helmets with markings that resemble the current “DOT” label showing compliance with Federal Motor Vehicle Safety Standard No. 218, the motorcycle helmet safety standard issued in 1973.

You can read the final rule here. 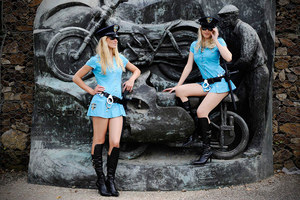