Just days after his fifth triumph at the Abu Dhabi Desert Challenge, Marc Coma demonstrated that he has brilliant control of his KTM 450 Rally not only while racing at speeds of up to 170 km/h. Under the watchful eye of Freestyle Motocross athlete Ronnie Renner (USA), Coma made a daring 15-meter long and 6-meter high jump on his 140-kg Rally bike in the eternal desert between Dubai and Abu Dhabi. 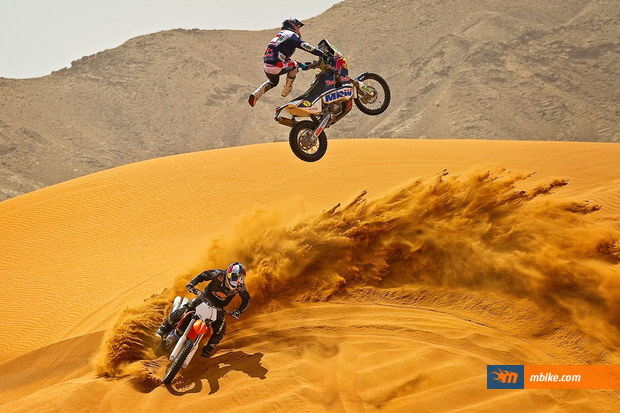 The three-time Dakar winner (2006, 2009, 2011) said: ”Normally, for us the important thing is keeping the bike in contact with the ground. The speed is what matters. That’s why it’s not usual for Rally riders to be jumping these heights and distances. Compared to a Freestyle bike, my bike weighs about a dozen kilos more than this. The tank alone can hold 40 liters.”


X-Games gold medal winner Ronnie Renner paid his respects to Coma: ”That was really an eye-opener! I was able to take a spin on Marc’s bike and I’ve got to admit I must have looked pretty awful. The speed is incredible and the handling compared to a Freestyle bike is extremely hard. Taking this jump on a KTM Rally bike is phenomenal. 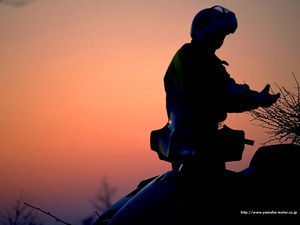