A brand new white Moto Guzzi California and a Scrambler version of the V7 provided an exciting double surprise from Moto Guzzi at the Piaggio Group international dealer meeting in Monte Carlo on 27 and 28 January. The annual event for almost two thousand Piaggio Group dealers at the Grimaldi Forum in Monte Carlo ended with the unexpected preview of two prototypes offering a foretaste of the Eagle brand’s future product strategies.

The new California prototype, with an original 1400cc transverse V90 twin-cylinder engine, carries on the tradition established by a bike acclaimed in five continents for its comfort, reliability and performance, delivering a re-styling that enhances the architecture of the powertrain and the comfort assured by a generously sized saddle and tank. Fitted neatly around the cylinder unit, the tank heightens the impact of the new valve covers, helping to create a new style element on this irresistible California. All the technical components –wheels, brakes, suspension – are new too, proclaiming the California’s membership of an eagerly awaited new generation of Moto Guzzi bikes. 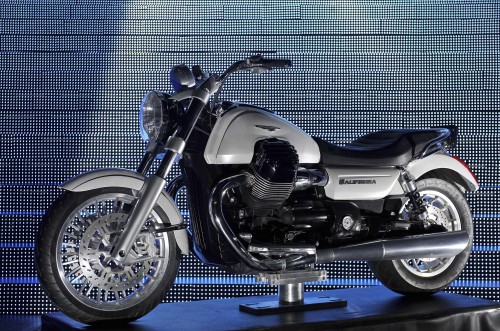 Much more of a classic but equally fascinating, the Moto Guzzi V7 Scrambler is built on on the famous frame of the V7 Classic fitted with a 750cc small-block engine. Chrome trim, spoked wheels and sports tyres create a bike that, in the 1960s, would have qualified as a “Regularity” model like the famous 175 Lodola, which this Scrambler recalls with its low headlamp and integrated instrument panel. The exhaust system with its two raised side-by-side silencers is a distinctive feature of this Moto Guzzi Scrambler. 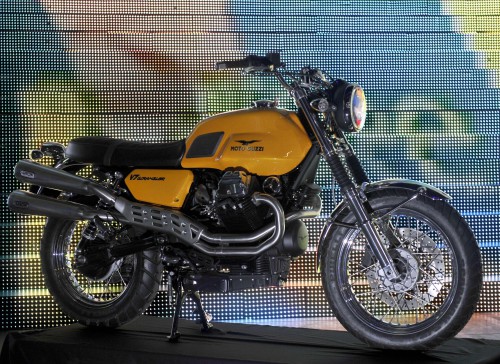 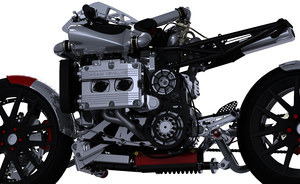