This latest custom Moto Guzzi California is definitely not for everybody. The creation of Officine Rossopuro is a perfect combination of creativity, futuristic design and modern technology. Just one interesting fact about the bike: ninety percent per cent of the motorcycle is handcrafted, that’s remarkably high even for a custom bike. Click through to learn more details about the special Moto Guzzi California. 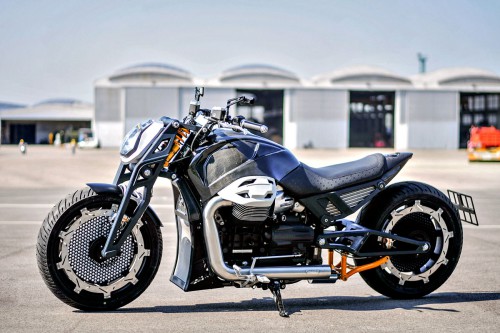 With its space age and charming design, Lvpvs Alpha was born thanks to the synergy between the Italian companies Walter Tosto SpA, an italian company operating in the industrial components field for Oil & Gas plants and custom bike build company Officine Rossopuro.

The name Lvpvs Alpha was inspired on the wolf, a very appreciated animal which is present both in the Abruzzo region (Italy) and in Russia. They didn’t want to create the usual showbike, but a motorcycle to ride fast. 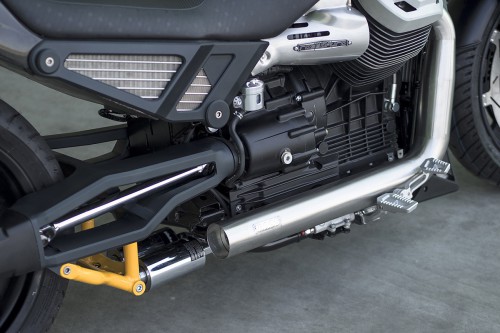 90% of the bike is handcrafted

The particular idea was to use uncommon innovative materials and a design which would recall the typical industrial manufacturing on some parts, by keeping, at the same time, an artisan flavor. High quality and resistant materials, such as Chromium-Vanadium, Titanium or Ergal (Aluminum 7075) have been used. The Incoloy 800y material which is used for manufacturing reactors, has been used for the caliper brakes, thanks to its resistance to high temperatures, pressure and corrosion.

Ninety per cent of the motorcycle is handcrafted, with most of its components manufactured in house by Walter Tosto. Only part of the chassis and the V twin engine of the Guzzi California 1400 are an exception. 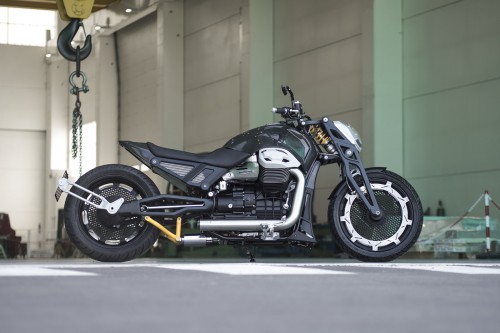 The Girder type front fork, completely designed and manufactured in Ergal, was the first part from which the entire design of the bike was originated. It make use of an adjustable mono shock absorber Ohlins, which we purposefully modified.

The rear fork, also completely made in Ergal, two parts with exposed cardan, has a suspension system which works in extension and not in compression like the original ones. A tubes subframe made in 2 ¼ Chromium Molybdenum Vanadium connects the oscillating part to the Bitubo adjustable twin shock absorbers. 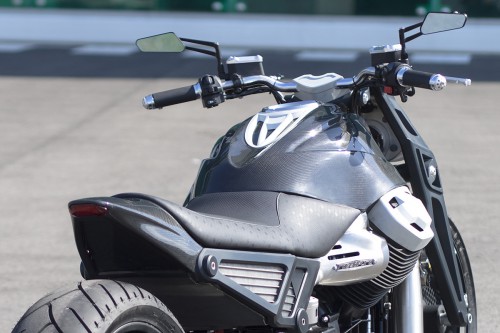 This solution made room in the rear side between fork and chassis. This one, made in Aluminum 7075, now hosts the titanium fuel tank with exposed cap which appears from the tail fairing.

While in the place of the original tank is now placed all the voluminous electric system, protected by a carbon cover which hosts the original equipment, by leaving the front part of the motorcycle extremely clean. The chassis model was created in the best possible traditional way, by starting from a block of material manually operated from which I obtained the shapes which better adapted to the motocycler and to the mechanical parts. A perfect combination of high technical level and wise handwork. 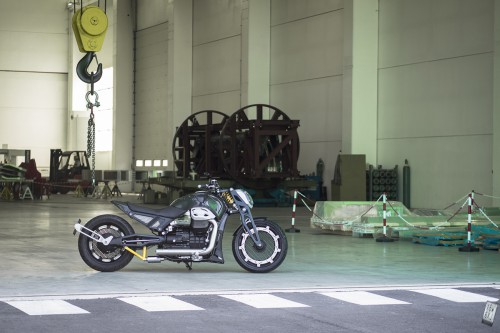 A large oil company has founded the project

The wheel rim are another strong point of the Lvpvs Alpha; also machined from a single solid peace, they have a particular design counterposes the radial breaking system with disks of 415 mm and the 6 pistons caliper brakes in Incoloy 800.

There are a other interesting handcrafted parts. The oil radiator in aluminum inserted in a tip made with CNC, the aluminum platforms that replace the large adjustable footrests tourist California 1400, the cover of the valves specially designed to give a new engine had to fit perfectly into the design of the tank to appear as of aerodynamic. Even the leather upholstery of the seat is specially made by Italian artisans with custom graphics. Finally, the lighthouse, which special origin is not revealed, has been reworked, reversed, modified and accepted by a complex aluminum structure that integrates seamlessly into the fork acting almost as aerodynamic fairing. 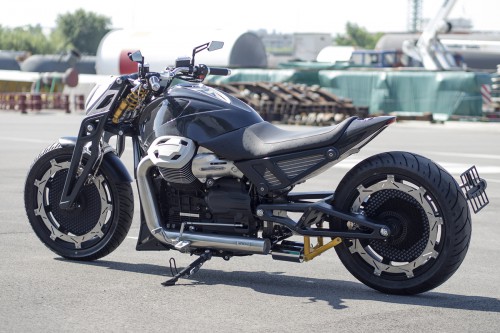 Probably the most futuristic custom Moto Guzzi California out there 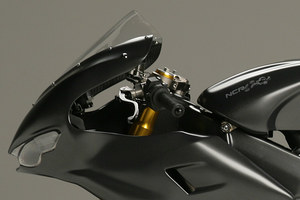