If you are a new rider and you walk into a motorcycle dealership, it’s easy to get lost in the choices. Fortunately, lower displacement motorcycles has been a trend lately, and many of these new bikes are perfect machines for a new rider. Some of these are brand new bikes while others are updates of previous models. Have a good look at our list, and work your way up to that BMW S1000RR. 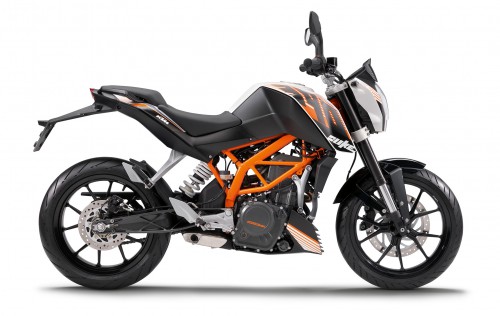 If you have never ridden a KTM before, chances are that you wouldn’t believe the manufacturer’s slogan „Ready to race”. But believe me, the small Duke’s 44 horses, the capable frame and the Metzeler tires are a dream combination for many beginners. The 373cc single-cylinder delivers its peak torque at 2,250rpm and release the 43 horses just before the redline at 7,250rpm – this translates to a very flexible powerband. The engine sits in a very compact but rigid frame while two-channel ABS from Bosch is standard. All in all, the 390 Duke may not have the touring ability of BMW’s G650GS or the sporty appearance of Kawasaki’s Ninja 300, but it’s an absolute blast to ride. MSRP: $4,999. 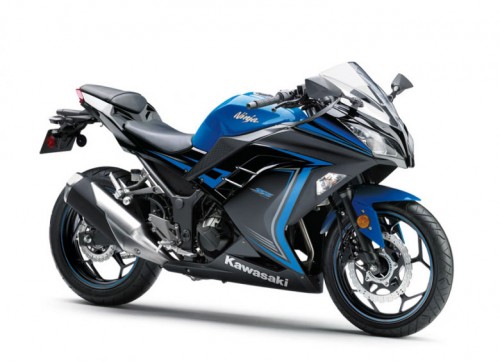 One of the best features of the small Ninja is that it does not look like a beginner’s bike. It looks almost the same as its 600cc sibling but the 300cc engine is much more beginner-friendly. Unlike the Honda CB500F, the Ninja has a revvy engine while being more aggressively styled. This bike will get you the chance to shift through all the gears and this makes riding much more fun for a beginner. The enine puts out 39 horses which is far from breathtaking but the parallel twin has linear power delivery from 4,000rpm to the redline at 13,000rpm, helped by a six-speed gearbox. Thanks to the low seat and weight, handling at low speed is great and the small Ninja even has a redesigned radiator cover directing hot air away from the rider to keep you cool in summer city traffic. There’s only one disc at front so breaking is merely adequate. If you want another security blanket, choose the optional ABS version or spare a few dollars for better brakes. MSRP: $5,299 with ABS, and $4,999 without ABS. 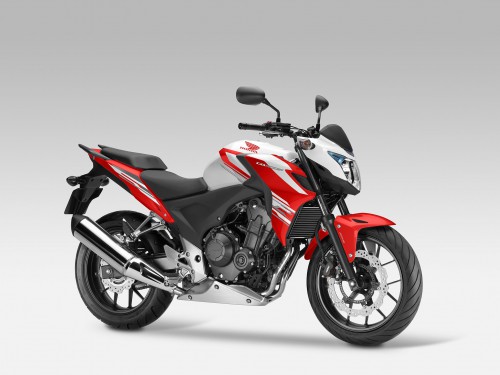 If you don’t settle with the Green’s performance, choose Honda’s 500cc bike which is a very comfortable freeway cruiser, it’s reliable and with an MSRP of $5,799, it’s still relatively cheap. Honda offers three 500cc models in this category – the sportier CBR500R and the crossover CB500X but the best do-it-all bike of this category is the CB500F ABS. The 471cc parallel twin offers enough torque and decent low-rev power. It’s not a rocket but it has enough performance in the city or even on the highway. It features a stable chassis and predictable handling, and good brakes. It’s not an extrovert’s bike but for lots of riders, this is just fine. Plus, the bike offers good value for your money.

Do you need even more horspower than the CB500? Then take the Yamaha FZ-07, it’s still affordable, and it offers more fun than the Honda. The smallest FZ is kind of like a modern Suzuki SV650 – it’s good-performing, inexpensive and it looks good. The bike is powered by a brand new 689cc parallel twin engine that puts out 75 horses and 50 pound-feet of peak torque. These numbers may not sound all that impressive, but the FZ has a surprisingly fun character. Torque curve is flat from the basement all the way to the top and throttle response is sharp. The nice power delivery and the six-speed gearbox with its well-chosen ratios mean you you can carry a tall gear for smooth cruising or rev it when strafing apexes. When Yamaha revealed the bike, they said that they see this model as a nice “sporty” entry into motorcycling. Well, they weren’t wrong. The only problem with the bike is that ABS isn’t even an option. The FZ-07 retails for $6,990. 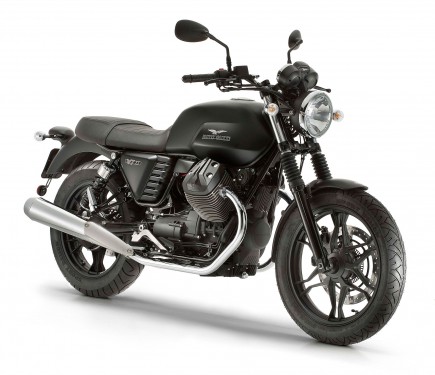 Are you looking for a retro-styled, naked bike? Then you have to look around in the dealerships of Italian or British manufacturers. For example, Italian brand Moto Guzzi has a rich history. They used to make modern cruisers with lots of lightweight materials. The now available V7 II was revealed in 2014 and is powered by a 744cc V-Twin coupled to a six-speed gearbox. It’s a true retro bike but it features modern things like ABS and traction control and if you’re a new rider, these things are important. The V7 is easy to ride and is surprisingly practical. It does a lot of things great: good looks, acceleration, gas mileage, safety. The bike comes in three editions: Stone, Special and Racer. The only problem with the bike is its price: V7 Stone MSRP: $8,990.

Stay tuned, the second part of the series is in the works. 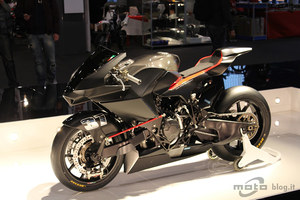