Small Italian manufacturer Vyrus released a photo of its newest motorcycle, the 986 M2. The official premiere of the M2 will be held at the next Verona Motor Bike Expo in Veronafiere, from January 21 to 23. The bike designed around Honda CBR 600 RR engine will not only be available to Moto2 racing teams, but Vyrus will release a street version in March 2011. Vyrus says the race version will be characterized by a very affordable price. 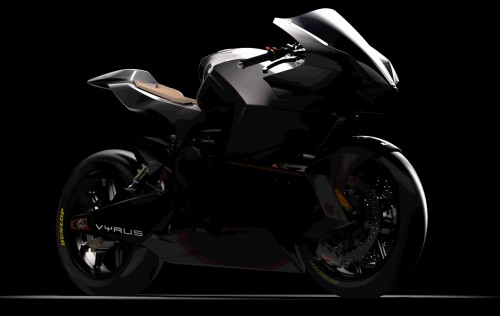 The genius behind Vyrus, Rodrigo Ascanio says: „It’s the interpretation of Moto2 according to Vyrus – a bike that fits into our genre, but with many innovative features that represents our projects. It will be characterized by a very affordable price to those teams who compete in these series. We already started to work on pre-production road version of the bike, with deliveries in March 2011.”