What you can see here, is the Vyrus 986 M2 Moto2 race bike, which will have a street version later this year. Italian motorcycle magazine Motoblog was able to take a few pictures of the Moto2 racer at the Verona Bike Show. The race bike will start at €55,000, this will be called “Factory”. While €55,000 is a lot of money, actually, the Vyrus is the cheapest Moto2 package for 2011. There will be a street version, called the SL Replica, which will carry a price tag of €25,000. 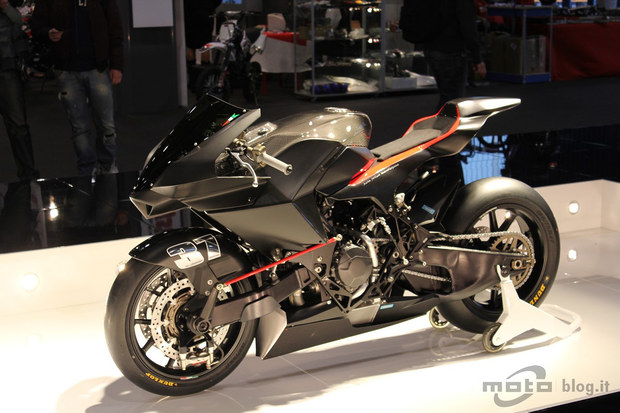 The Vyrus will also have a budget version. The M2 Replica kit, which will cost €16,900, is basically a bike without an engine. Buyers will get the chassis, and then they have to plant their own engine in it. If you have a CBR600RR or a Yamaha R6, you can save a few thousand dollars. 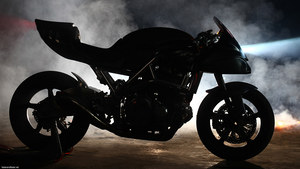