Misano Circuit: Seventy-three days after an operation to his right shoulder, Valentino Rossi returned to the track at Misano Adriatico aboard a Ducati 1198 Superbike. On November 14 at Cattolica’s Cervesi hospital, the Italian had undergone surgery on the supraspinatus tendon and the long head of biceps tendon, as well as cartilage in the Glenoid Labrum. Rossi took some laps at the track to test his physical condition. 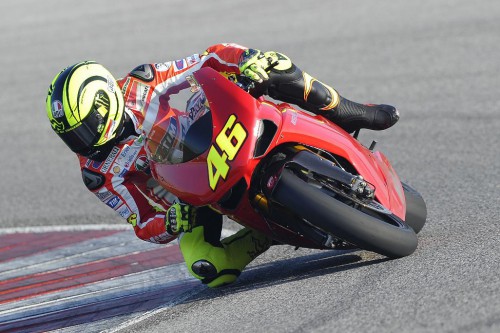 Rossi and the GP11 at Misano

“Misano Circuit let us use the track on a day when Mattia (Pasini) was planning to ride in order to confirm his own condition. The track more or less confirmed what we expected: the shoulder is painful—especially under braking, when the front area hurts, where they stitched the tendon. Movement is stable enough, and we’re also doing not so bad with endurance, but apart from that, it hurts a lot and isn’t very strong. Let’s hope it gets a little better in these next few days before the test in Malaysia. Once we’re there, we’ll work with the riding position in an effort to make the most of the situation and collect important information with the Desmosedici, even though I’m not in top form. Today I did a total of 25 laps on the 1198 Superbike, which is sort of a ‘historic’ motorcycle for Ducati: beautiful and fast. I liked it!” 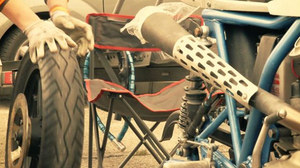