Paris Hilton unveiled her MotoGP racing team in Madrid on Saturday. The two Aprilia RSA will compete in the 125cc category from 2011-2013 with riders Sergio Gadea and Maverick Vinales. The hotel chain heiress entertained the attending press by posing next to the bikes which were pink, white and blue fairings. Hilton also agreed to attend at least five races next season. “I can’t believe I have my own racing team! So cool!” Hilton posted on Twitter while at the launch. 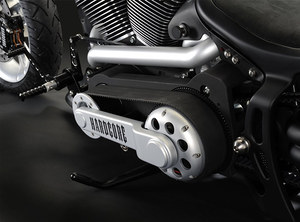