Max Biaggi returns to World Superbike on the Aprilia RSV4

Max Biaggi returns to World Superbike for two rounds in the saddle of the Aprilia RSV4 race bike. The WorldSBK Champion of 2010 and 2012 retired back in 2012 so that he can spend more time with his family. But Biaggi stayed in touch with the sport and when Aprilia asked him to test some new parts, he said yes. Fans will be able to see Biaggi at Misano this weekend first. 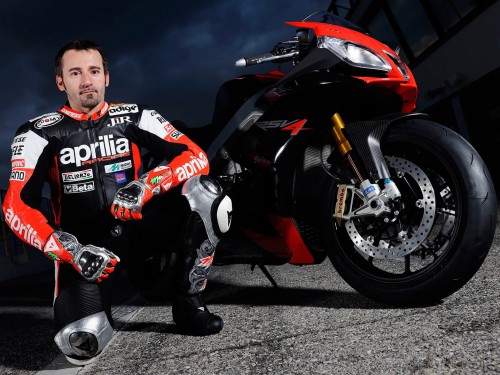 The rider says he’s „well aware of the difficulties” ahead of him but he wants to put smile on faces of his Aprilia team. The two-time World Champion returns with a wild-card – he will contest is home Misano round and the Malaysian event in World Superbike alongside Leon Haslam and Jordi Torres for the factory Aprilia team.

“It is truly very exciting for me to return to racing, to taste the adrenaline of competition again, especially on a circuit as special to me as Misano,” Biaggi said. “In my work as a tester I’m helping Aprilia develop the new RSV4 RF, working very well with the guys that I know well and who by now understand me at first glance.

“The wild card is a ‘cherry on the top’ so to speak, a chance where I definitely plan on giving my all.

“I am also well aware of the difficulties. Our rivals are in grand form and for me it won’t be easy at all.”

“The goal is first and foremost to have fun,” he said. “Not to predict any results, but to give 100% to bring a smile to the face of Aprilia, the fans and all enthusiasts. Sunday after race two we’ll draw our conclusions.” 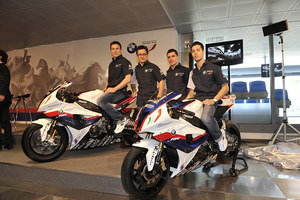