MV Agusta, recently reclaimed by Italy from Harley-Davidson, hasn’t wasted any time in reminding everyone that it’s alive and kicking and still making „new” bikes. The company revealed this limited edition MV Agusta F4 Frecce Tricolori, bearing the livery of the Italian aerobatic team to celebrate the 50th anniversary of the national aerobatic team and the Aermacchi MB-339PAN that the squadron uses for its aerial displays.

The limited edition F4 features the colours of the Italian flag splashed across its flanks, the very rare F4 Frecce Tricolori is made from “noble materials such as carbon fibre and titanium”. At the heart of the bike is a 1078cc 16-valve inline four-cylinder engine pumping out a very handy 190hp and a tyre frying 124Nm of torque. Each motorcycle has a silver plate with its number, so riders know which Aerobatic Team aircraft their bike is related to, should they decide to hang out at military compounds. Delivery of the bikes will in fact take place at the military airport of Rivolto, where owners will take part in “a dedicated event, a unique opportunity to spend an entire day with the pilots of the Italian Aerobatic Team”. MV Agusta hasn’t listed a price for the model, but with such a fancy handover and plenty of exotic materials in use, buyers can expect to pay a fair premium over the standard model. 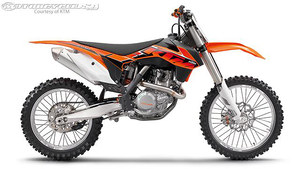