Italian manufacturer MV Agusta has released a new F3 675 commercial. The video was shot in James Bond-style and that means a well-dressed rider and a ton of elegance. Since Mercedes owns 25% of MV Agusta, there had to be a Merc in the garage. The F3 675 is ridden by stunt rider Thibaut Nogues, dressed up according to the spy code while the video was produced by Genepi Film. 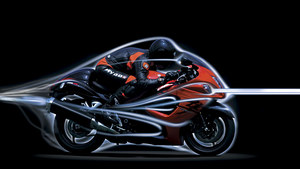