KTM, Zero Motorcycles, Motoczysz – just a few from those old/new manufacturers who started to produce electric two-wheelers in the last couple of years. The electric motorcycles clearly moves the young designers mind, too. This concept belongs to design student Andre Look. The designer used hi-tech materials for the frame and bodywork, four motors and batteries that can swapped in seconds, the bike’s power output is 200hp. A secondary motor housed within the swingarm boosts power by a further 25hp. 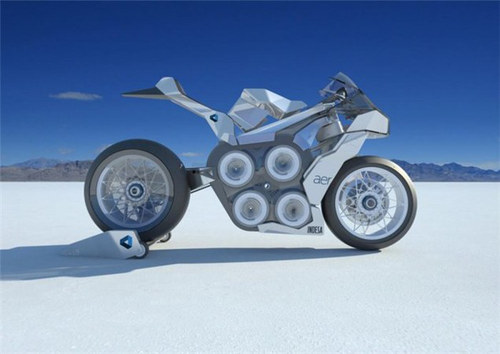