A student team in Eindhoven, Holland last week unveiled the design of its electric touring motor cycle. With this motorcycle the university students intend to take part in the 80 Day Race around the world in 2016. The touring bike set to be the first ever electric touring motorcycle with an impressive range and a modular battery pack. According to the designers, the bike will have a range of 240 miles. 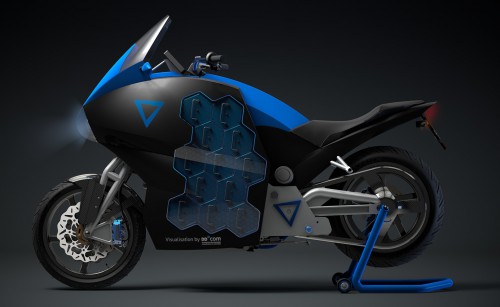 One of Jules Verne’s ideas will come to life soon and we can watch it live. The project is called „80 Day Race” and is shall start in 2016 is Paris. The twist is that participants has to do it without using a single drop of fossil fuels.  The teams will start in Europe and will be heading east in the direction of China. Each team is free to choose its own route. The teams then go to North, Central and South America, before heading back to Europe. From there, a short leg – which provides terrific broadcasting possibilities – will complete the 40,000-kilometre journey.

The „no combustion engine” rule means that hybrids, plug-in electrics and gas-powered range extending motors are banned. Plus, all vehicles must be road legal. Frank Manders. co-founder of the project says, he’s already in talks with 15 teams, and hopes that number will reach 30 by race time. “You have a group of people that really likes big challenges,” he says. “There is a general appeal to a lot of people to do something outrageous, something that really defines your life.” 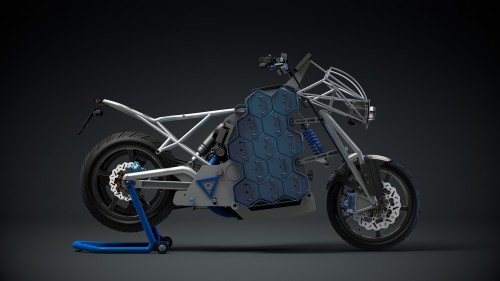 The frame and the huge battery pack

One of the teams is a group of students from the Eindhoven University of Technology. The team of around 30 students presented the design of their electric motorcycle last week. According to the students this is the very first electric touring motor cycle, designed for use over longer distances. Existing electric motor cycles are mostly intended for city use or for competition purposes, says technical manager Wilco Pesselse. The focus on long-distance rides has resulted in a range of around 380 kilometers, explains team manager Texas van Leeuwenstein (who like Pesselse is also a Master’s student in Automotive): “Our basic principle is that we want in any case to be able to maintain a speed of 130 kilometers per hour over two ours.” A range of 380 kilometers is comparable to what a regular touring motor cycle can cover on a single tank of fuel. 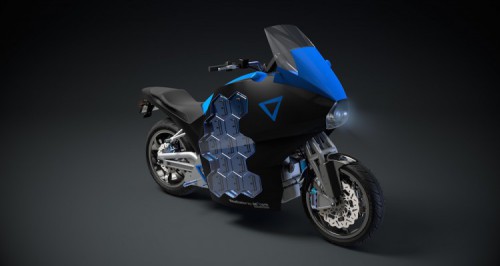 There’s still plenty of work to do on the Storm

To make this possible, the motorcycle will be fitted with a centrally mounted battery pack consisting of a maximum of 24 cartridges, each weighing around 8 kg. The separate battery packs can easily be changed by the rider when necessary, although conventional charging is also possible. In addition, the students are focusing on “the feeling of freedom, which for many motor cycle riders is really the most important reason why the ride their bikes”, says Van Leeuwenstein, who speaks from his own experience. “On our motorbike you’re out in the open air, and you have plenty of freedom of movement”, adds Wilco Pesselse during the presentation of the new design. “And just as important, it’s a bike with a lot of user appeal that you’d really like to own and use yourself.”

The large (and heavy) battery pack gives the bike a great range but also affecty the handling so the students designed a battery pack so that the rider can remove batteries in the upper half and make the bike less top heavy and more agile.

But the students have plenty of work to do. First of all, they have to build the bike. 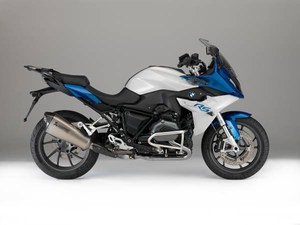