Second MotoGP test in Sepang finishes with Stoner on top 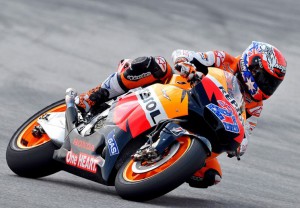 The third and final day of the second pre-season MotoGP Test at Sepang concluded on Thursday, and rounding off the three days as the fastest rider on each was Casey Stoner. Getting well under the 2’00” mark with a best effort of 1’59.665 – Valentino Rossi’s 2009 circuit best lap had already been surpassed by both Stoner and Dani Pedrosa the previous day – the Australian continued what has been an impressive switch to the RC212V in the lead-up to the 2011 campaign. Read the full article » 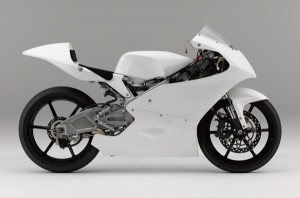 Replacing the current 2-stroke, 125 cc used in the GP125 class, Honda developed the new NSF250R as a machine for entry riders to participate in the battle, seizing the opportunity provided by the opening of the 4-stroke, 250cc Moto3 category, which begins in 2012. The Japanese brand didn’t release official specifications but under Moto3 regulations, the NSF250R is limited to a 250cc single-cylinder engine with a bore of up to 81mm and a maximum rev limit of 14000rpm. Read the full article » 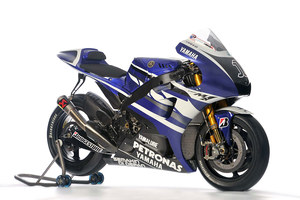 Misano Circuit: Seventy-three days after an operation to his right shoulder, Valentino Rossi returned to the track at Misano Adriatico aboard a Ducati 1198 Superbike. On November 14 at Cattolica’s Cervesi hospital, the Italian had undergone surgery on the supraspinatus tendon and the long head of biceps tendon, as well as cartilage in the Glenoid Labrum. Rossi took some laps at the track to test his physical condition. Read the full article »

The FIM (International Motorcycling Federation) and the official website of MotoGP have released the official entry lists for all three classes. The 125cc and the Moto2 entry lists are official, but MotoGP.com says the list of MotoGP class is still provisional. In this class, 2010 World Champion Jorge Lorenzo will be taking the #1 plate. It seems, two of the teams, Yamaha and Ducati have lost their sponsor: Fiat and Marlboro is out. Besides, Moto2 lost two teams, Jack & Jones by Antonio Banderas and Holiday Gym Racing. Entry lists after the jump. Read the full article »

Ducati revealed the Desmosedici GP11 race bike yesterday, und today, we have a video of the event. Ducati likes to do things in style, that’s for sure. The press conference was held at Madonna di Campiglio, Trento, Italy. Rossi’s bike features luminous yellow painting and number 46. Rossi and Hayden are cheduled to test the GP11 at Sepang from the 1st to the 3rd February. Until then, check out Valentino Rossi and Nicky Hayden snowmobiling. Read the full article » 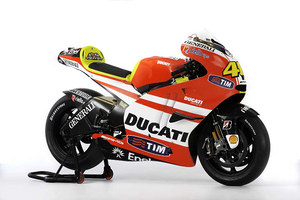 After Yamaha released Valentino Rossi, the Italian driver can officially begin his work at Ducati Corse this week, and Ducati didn’t waste any time and they released a set of photos of their 2011 race bike. For a real Ducati fan, probably these are the most anticipated photos of the year. The Desmosedici GP11 was unveiled at a joint event with Ferrari in the Dolomite mountains. The colourful styling of the new race bike comes from Aldo Drudi. Read the full article »

The final auction of 2010 in aid of Riders for Health and offering exclusive items from Yamaha’s star racing elite is now online and can be found on Yamaha Racing’s Facebook page. Bidding has commenced on a fresh set of valuable objects that on this occasion include a signed knee slider and world championship winning celebration t-shirt from Jorge Lorenzo, a pit shirt from the Fiat Yamaha Team autographed by the 2010 number one and Valentino Rossi, [...] Read the full article »

From 2013, Moto3 replaces the 125GP and the bikes on the grid will be powered by Honda engines. The Japanese brand finally released a video about the new bike. The 250cc single-cylinder four-stroke engine can rev up to 14,000 rpm and should make close to 50hp. The new video gives us an idea what the final shape of the machine will look like. Watch the video and listen to the noise of the four-stroke engine. Read the full article »

The Italian company launched a special contest this year, which has come to an end. According to Ducati, over 900 designs have been uploaded onto the www.shicon.com website for design competitions, through which Ducati launched the Ducati Greetings Contest. Aside from this, Ducati launched a special video which shows the empty company and the 2006 MotoGP World Champion Nicky Hayden. On the video, you can see Hayden taking a stroll through the Ducati factory and museum. Read the full article » 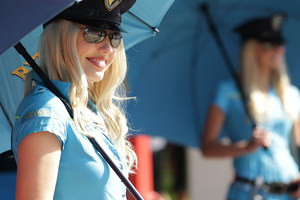