The Italian manufacturer has just announced that it’s going to reveal a limited edition of the Brutale 800 Dragster RR. MV Agusta doesn’t give any details about the bike and this suggests that there will be only aeshetic changes. According to the short press release and the official teaser video, the special Brutale will feature red anodized parts including wheels, pegs, covers, levers and other accents. 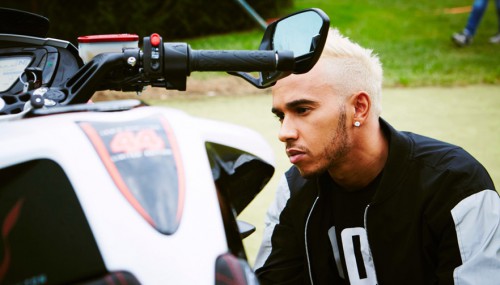 „Working closely with the MV Agusta CRC (Castiglioni Research Center) design team, Lewis ensured that bike specifications and performance perfectly matched his requirements. The creation of the Dragster RR bike comprised of an on-going collaborative process between the F1 World Champion and the MV Agusta Team, from concept to hand assembled production.” says the press release.

Giovanni Castiglioni, President and CEO of MV Agusta, said: “We are proud to be partnering with a passionate racer like Lewis Hamilton. It is great news for us and for everyone around the world that loves MV Agusta”.

Since MV Agusta didn’t mention any detailed specifications, we assume that there will be only aeshetic changes on the bike. At the heart of the stock Brutale 800 Dragster RR is a 798cc in-line three-cylinder engine delivering 140hp at 13,100rpm and 86Nm of orque at 10,100rpm. With a dry weight of just 168kg, the bike has a great 1,19 kg/hp power-to-weight ratio.

All limited edition Lewis Hamilton Dragster RR bikes will be hand assembled by the expertly skilled craftspeople at the Schiranna (Varese) headquarters. 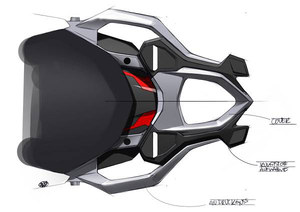