Demand from fans of Suzuki’s large displacement sports touring bike has put the big Bandit back on sale in the United States and in the UK. There are several more powerful, faster or fascinating-looking models in this category but the big Bandit offers enough refinement, broad versatility and real-world power to be one of the best choice among the large sport-touring machines. 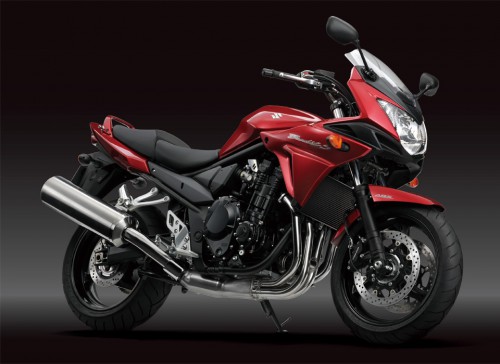 If there’s a motorcycle manufacturer’s line-up where you clearly see the results of the recession, it’s Suzuki’s. The Japanese continue to underperform, even after other heavily hit brands reveal one bike after another. The only big news from Suzuki this year was the arrival of the GSX-S1000 and the engine of that bike is almost a decade old. Okay, it’s a great engine but it’s still a bit outdated. While Suzuki’s executives have yet to wake up from the long sleep, here’s a good news: the Bandit 1250S is coming back. 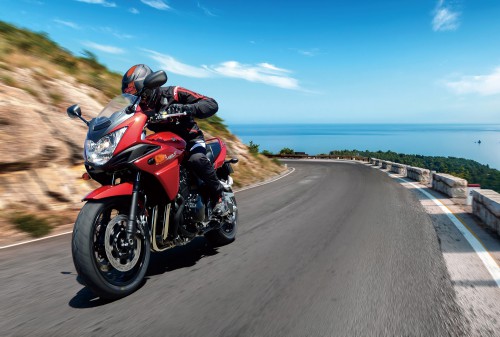 The big Bandit was originally revealed in 2007 and it stayed mostly untouched in the last eight years. Suzuki retired the bike in many countries in 2012 and 2013 but demand made the manufacturer to put it back on sale on some markets. To celebrate this rebirth, the bike gets some minor updates including a redesigned fairing, claimed to offer better weather protection.

The new fairing features a vent just below the headlight, which should smooth the airflow past both the rider and passenger. In addition to that, there’s a new seat that is height-adjustable by 20mm, from 31.7 to 32.5 inches. The LCD panel on the dash is also new but Suzuki kept the classic analog tachometer. All in all, the design is a bit outdated, Suzuki could have cleaned up the lines of the tail section but otherwise, it’s a solid design. 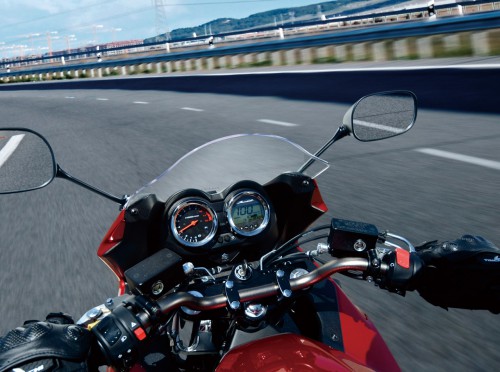 Engine-wise, there are no changes. At the heart of the bike is the liquid-cooled 1255cc inline four that favors torque delivery from low down in the rpm range. The engine features Suzuki’s Dual Throttle Valve system and delivers power where it counts most: at low- and mid-range. Thanks to the secondary balancer shaft, power delivery is smooth and the engine is highly regarded for its usability. The six-speed gearbox promises a relaxed cruise rpm on the highway.

A good-working ABS system takes care of stopping – there’s a pair of 310mm discs up front, clamped by four-piston calipers, and a 240mm disc at the rear. Fuel tank’s capacity is 19l (5 gal) while wet weight is about 560lbs (254kg). According to Suzuki, the bike does 40-45 miles to the gallon. 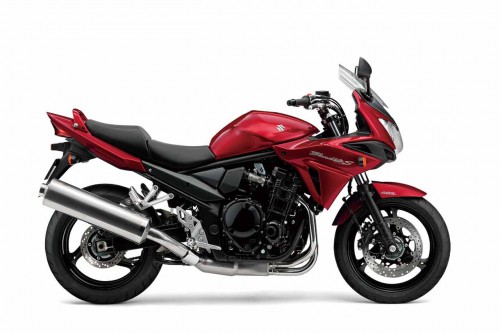 The Bandit 1250 is a great commuter bike

Suzuki said in the press release: „The Bandit, which uses Suzuki’s proven 1255cc inline four cylinder engine famed for its low down torque and smooth power delivery through the rev range, is highly regarded for its usability and versatility. Now an iconic name in motorcycling, the Bandit has found fame with those looking for a capable tourer, comfortable commuter, and weekend toy; the Bandit ticks all the boxes.”

Suzuki GB Marketing Manager Rob Cooper added: „Since the original 600 arrived in the UK, the Bandit name is one of the most recognisable in motorcycling, rivalling even our own GSX-R range for popularity. We’re delighted to be bringing it back for 2015 and to be doing so at an incredibly competitive price. We know what Bandit means to our customers, and are very confident owners will enjoy the updated one as much as they have the previous versions.” 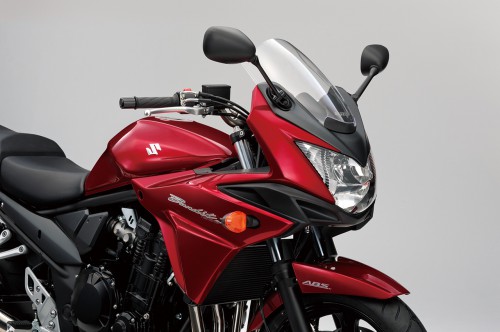 The bike that was forced out of retirement, will retail for £7,299 plus on-the-road charges in the UK. U.S. MSRP is $9,899 with ABS. For this price, you can get a perfectly competent commuter bike and the dinosaur may even sell well for people who just want a reliable long-distance bike with a solid design. 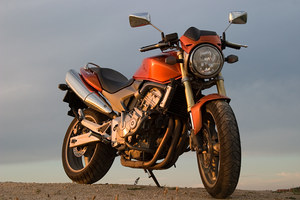