John McGuinness took his 22nd and 23rd TT victory by winning the TT Zero and TT Senior races. The 43-year-old Brit an a 17:03.567 en route to winning the 2015 Senior TT. Furthermore, he shattered Bruce Anstey’s outright lap record from last year’s Superbike race with a sensational speed of 132.701mph. James Hillier came in second while Ian Hutchinson secured his third place on the podium. Guy Martin finished at fourth on his BMW S1000RR. 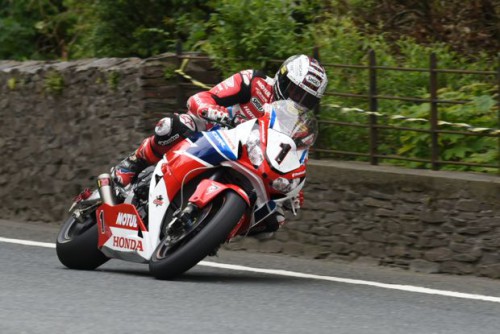 McGuinness had lost some time at start but then he ran a record-breaking 17:03.567 before heading into the pits at the end of lap 2. After the stops, he had a 12-second lead over Ian Hutchinson. The Brit was in full control of the race and all eyes were on the battle for second now as Hillier took over the second podium position at Ballaugh, extending his gap to Hutchinson to four seconds as they rounded Ramsey Hairpin for the final time.

It was all about McGuinness though and the Honda man duly came home for his 23rd TT victory, equalling the seven Senior TT wins of Mike Hailwood. Hillier completed his excellent week in second, also lapping inside the old lap record at 132.414mph, with Hutchinson holding onto third from Martin.

Dunlop – whose final lap was 132.515mph – and Cummins took fifth and sixth as Anstey faded to eighth and so it was Hickman who took seventh. David Johnson finished ninth and Michael Rutter tenth.  Hutchinson had the consolation of winning the overall Joey Dunlop TT Championship and with Dan Cooper finishing in 17th place, he secured the TT Privateer’s Championship.

„Today was a new day. I’ve been struggling a little this week, which is no-one’s fault. I have been slow off the line and losing a bit of time, and I needed to find the form I had a few years ago. In the restart I didn’t want James Hillier to catch me, so off the start I gave it my all, got my head down and pushed as hard as I could. Lap two I really did give it everything I could and the reaction coming in to the pits was amazing – it felt like it did when I broke the first 130mph lap. My team got me through the pits perfectly and going into the third lap the reaction from the crowd was great and I did think I’d taken the outright lap record.” said McGuinness after the race.

McGuinness also won the TT Zero race, breaking his own SES TT Zero record in the process. This was his 22nd TT victory. 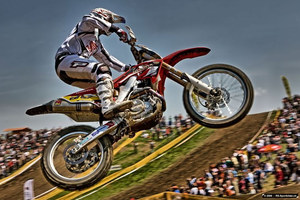