Honda has just announced a range of upgrades for the CBR500R, its sports middleweight bike first launched two years ago. The new CBR500R has an edgier, more agressive front end with LED lights. Other changes include a larger fuel tank, revised suspension, new exhaust and colour schemes. The bike will make its debut at the American International Motorcycle Expo, which starts in Orlando, Florida on 15th October. 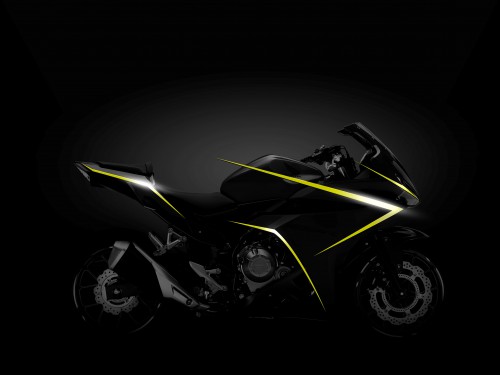 The Japanese manufacturer did some work on the 500cc CBR for the next model year. These upgrades include:

The 2016 model year CBR500R will be unveiled to the public for the first time at the American International Motorcycle Expo, which starts in Orlando, Florida on 15th October.