If you are a new rider and you walk into a motorcycle dealership, it’s easy to get lost in the choices. Fortunately, lower displacement motorcycles has been a trend lately, and many of these new bikes are perfect machines for a new rider. Here’s the second part of our list. Some of these are brand new bikes while others are updates of previous models. Have a good look at our list, and work you way up to that BMW S1000RR. 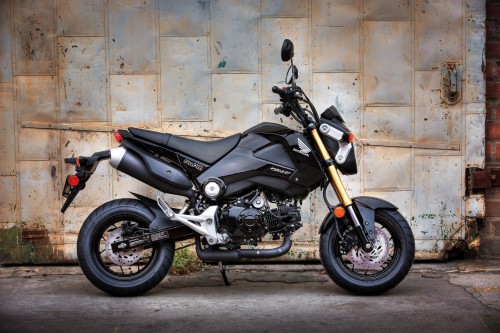 To read the first part of the series, click here.

The Bonneville had to make this list because it’s a classic. It’s not as old as it looks like, it has modern technology without ruining the style. The Bonnie is suitable for a beginner since it has a wonderfully comfortable riding position, and the whole bike is well-behaved. It has enough power (almost more than enough for a beginner actually) but power delivery is nicely linear. And it provides all the basics, which is so important for new riders. There are only two negative aspects: the Bonnie offers basically no practicality so it’s not the best for long trips and it’s quiet expensive. If you want to know more about the 2015 Bonneville, read our review here. MSRP: $8,099 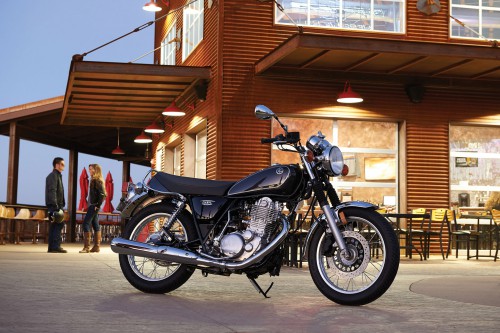 See this Triumph Bonneville: Portrait of a Legend

Are you looking for a trip back in time? Then choose the Yamaha SR400, a classic bike that features a kickstarter. Nowadays, not many new motorcycles are equipped with a kickstarter so it gives the bike uniqueness. If you look th the SR400, you probably think that it has decades-old technology and it may be even true but here’s the upside: you can forgot problems like rust, corrosion, and electrical problems. This bike will most likely a bike in twenty or thirty years. MSRP: $5,990. 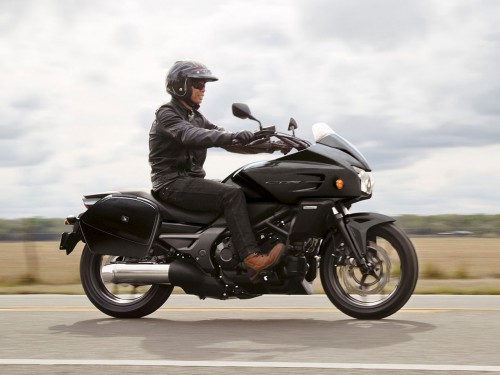 There’s only one reason why this futuristic-looking cruiser made the list: it has an automatic gearbox. If you don’t have to worry about clutch levers and friction point, you can keep your eyes on the road. You just have to put it in „D” with a button on the handlebar and you’re good to go. The CTX is powered by a 670cc parallel twin engine with low redline and excellent fuel economy and that makes the bike a great commuter for beginners. Thanks to the unusual design, the bike even has a large storage compartment where the fuel tank is usually situated. What’s the diownside? The futuristic cruiser of Honda isn’t that cheap: it retails for $6,999. 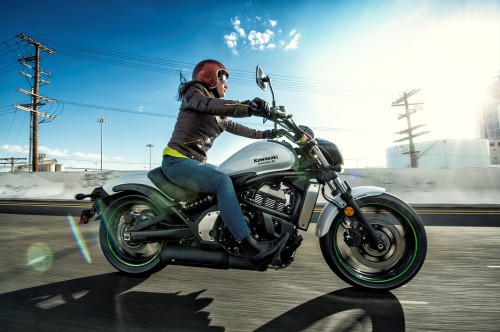 If you’re a newbie and you’re looking for a smaller cruiser, the Vulcan has to be on top of your list. We don’t necessary recommend a cruiser as a first bike because they are usually heavy but the Vulcan S is fairly light for a cruiser, just under 500 lbs wet (smaller riders may look around somewhere else because even 500lbs can be too much though), it is straightforward and easy to ride, and retails for just $6,999 (non-ABS version). Kawasaki offers three types of „Ergo-fit” customization options so everyone can find a comfortable riding position. It is modern looking and sexy, though it is powered by a parallel twin and hardcore cruiser enthusiasts might not like that. Thanks to the linear power delivery and the hydraulic clutch, it’s an easy and forgiving bike to ride. 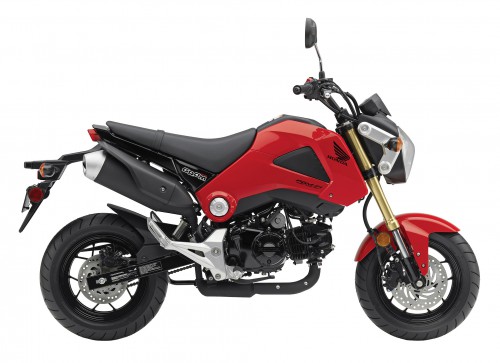 Now forget all the bikes above baecause we saved the best beginner motorcycle at last. Yeah, it’s this little monster, the Honda Grom. You may laugh but many new riders would find the power of the Vulcan, the Bonnie or the FZ-07 way too much. Thirty years ago, these bikes would easily outrun the fastest 800-1000cc „sport” machines like the Kawasaki Z1000. You don’t have to make the learning process unnecessary difficult and dangerous by buying a Yamaha FZ-07 as your first bike. The problem with learners is that they’re, well, learners. They’ll make the usual, expected beginner’s mistakes. The idea is to minimize the consequences of those mistakes and that’s not easy when you have 60-70 horses and a bunch of torque waiting for nothing more than a quarter turn of the throttle. If you’re a new rider, you need something with limited potential to punish you for the inevitable newbie error. A bike that won’t spit you into the weeds once you reach your limits. A smaller, less-powerful bike is much more forgiving of newbie mistakes, and will give you much more warning before it reaches its limits. That’s why the Honda Grom is the perfect beginner motorcyyle: it has all the basics but has only 9hp. On the other side, it only weighs 225lbs. The Grom is a tiny bundle of joy, a fun little bike to mess around with. Spend a year on a smaller bike like the Grom and then move up to a Vulcan or FZ-07. There’s a good chance that this way you’ll be a better, more capable rider than someone who started out on and spent the same amount of saddle time on a 1000cc new and shiny naked bike.

Keep in mind: military pilots start out in single-engined, propeller-driven trainers, not F-16s.