2015 Harley-Davidson Road Glide is a new and improved “high-mileage road warrior”. One of the best additions to this one-of-kind touring bike is the Project Rushmore Treatment which makes it look and sound better. Don’t worry though, the air-cooled, high output twin cam 103 engine is still used as is the six speed cruise drive transmission fueled with a six gallon tank. 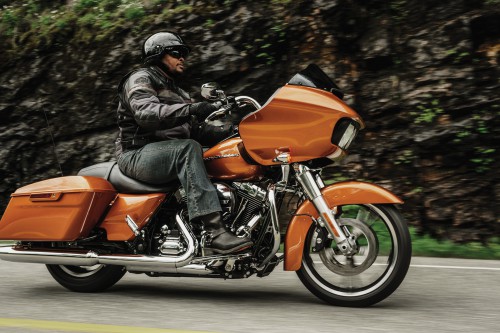 The greatest aspect of the Project Rushmore Treatment is the fairing. The shark-nose fairing is what really makes this bike stand out, and it also improves aerodynamics. The fairing gills are a nice touch that adds even more excitement. The triple slipstream vent significantly improves airflow and keeps helmet buffeting under control.

The treatment also means that there is even better entertainment (Boom! Box 4.3 infotainment system), navigation and communication. The handlebars are ergonomically placed closer in order to prevent problems with the wrist. One more thing about the Project Rushmore Treatment is the saddlebags. These hard-injection molded bags have improved with single switch opening mechanism. They can also be removed easily. This bike is almost 850 pounds of gorgeous, combined with awesome speed and a sweet, comfortable ride. 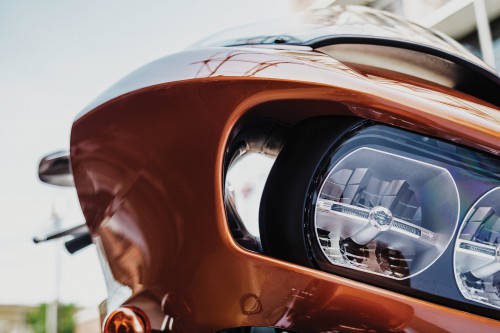 There is no doubt that the 2015 Harley Davidson Road Glide is beautifully streamlined. Other awesome details include duel reflector Daymaker LED high beams that shed a very brilliant light and a much bigger spread, air-ride rear suspension, plus quite a few other upgrades if you want to dish out the money for it which, yeah, you probably do.

Included in the special package is the Reflex Linked Brakes with ABS, a bigger Boom! Box, touchscreen. GPS, and HD Smart Security System. Pick from sharp colors; you can even get a painted inner fairing and hand-applied pinstriping with the special. 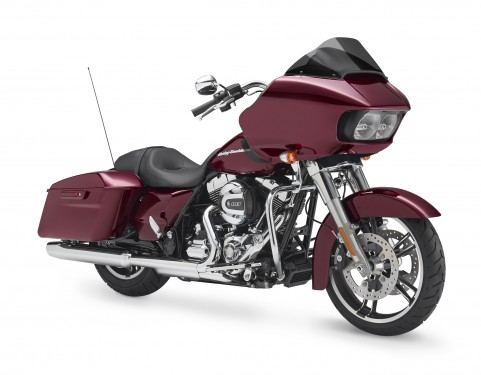 Road Glide – King of the road

After all that, it’s hard to say no to this kind of ride. What could be bad about it? Absolutely nothing. I advise you to try the 2015 Harley-Davidson Road Glide because it is everything you want. 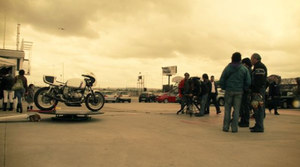