When heaven is a Harley – the boom of aging riders.

The median age of riders was 45 years in the U.S. in 2012 – having risen from 33 years in 1990. More and more members of the 50-plus crowd is going for motorcycle burn-ups. Yes, they are more likely to get hurt than their younger colleagues but they all feel an urge to take the open road. Research shows that as the baby boom generation ages, so does the population of motorcycle devotees. 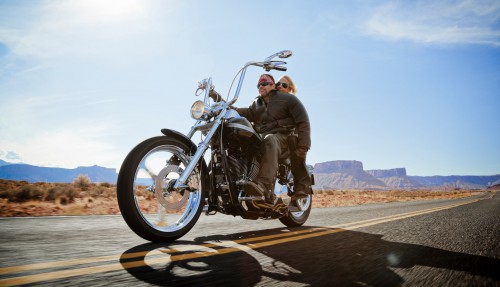 A new generation of bikers are taking the road and they are not twentysomething speedfreaks but 50-plus males and females. Statistics prepared by the Motorcycle Industry Council show that almost 40% os motorcycle owners were 50 and over – compared to only 10% in that age range in 1990. The average biker is male (88%), married (63%) and pretty well educated (more than 50% went to college).

If you look at some European statistics, you will get nearly the same results. Over-50 riders account for some 30% of all spending on bikes. Saga, the British insurance and holidays company that specializes in the over-50s, reports that some 43% of its clients are into their sixth decade, and 77% are over 40. Many of them are new to two wheels. 40% of their customers are returning Easy Riders, who are coming back to biking, having tried it out in their younger days. More than 80% said the main attraction was “the freedom of the open road”.

But the increase in older motorcyclists is not just down to older men on big bikes. The number of female riders over the age of 50 has also risen. In 2011, women of this age made up 14% of its customer base; in 2014 this had risen to 20%. 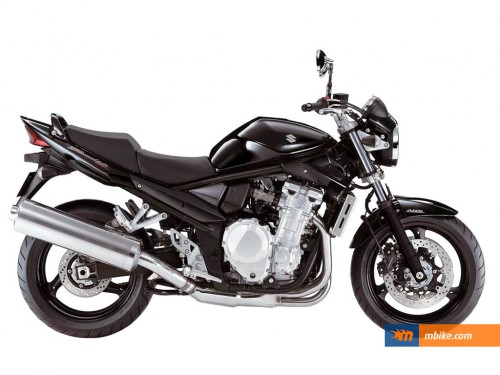 Aging riders love the Bandit – click on the image

If you interested in a passenger safety belt, see this Grip-n-Ride Passenger Safety Belt

There are some troubling signs, though. According to a study from Brown University, Providence, aging bikers are more likely to get hurt. Nearly 1.5 million motorcycle riders, 85% of them male, were injured between 2001 and 2008. The most injuries, more than 900,000, were in riders ages 20 to 39. But the injury rate increased fastest in riders over 60, and older riders were more likely to be badly injured. Hospitalization was three times more likely while severe injury 2.5 times more likely in the oldest group.

Stephen Latham, head of the National Motorcycle Dealers Association (NMDA), said: “People who are riding for enjoyment tend to go for a racing bike, something that they can enjoy the thrill of, or they go for the ‘cruiser market’ such as the Harley Davidson or Triumph where riding is more about companionship.”

The most popular motorbikes among aging bikers are tourers. Most elderly riders in Europe get a Suzuki Bandit while American riders will most likely get a Harley. The Honda VFR is also very popular in this group.

Whatever the bike and whatever age you’re in, as long as you stay in shape, enjoy riding on open roads. 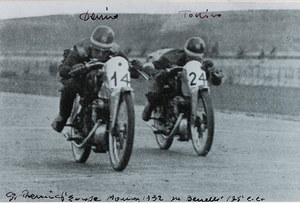