Ducati Scrambler built by Radikal Chopper coming to the UK

The Ducati Scrambler, built by Andrea Radaelli of Radikal Chopper, winner of the EICMA Custom International Bike Show 2014, was presented at Deus Ex Machina in Milan. The custom Scrambler will be displayed at the Bike Shed event in London where the Radikal Chopper will be joined by other Ducati Scrambler inspired specials. The event runs form the 22 – 24 May at London’s Tobacco Dock where up to 150 custom motorcycles from the new wave custom scene will be on display. 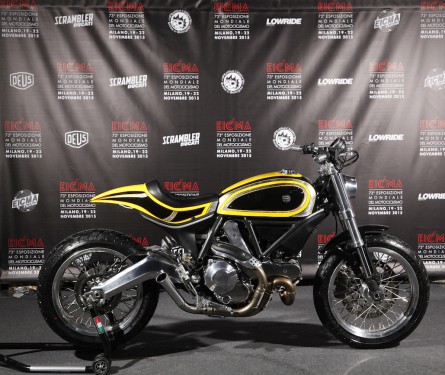 Organised in collaboration with LowRide magazine, the Deus Ex Machina contest took place last November during EICMA 2014. The event saw the participation of around ten customisers – the creators of some amazing bikes – who challenged one another for the ultimate victory.

EICMA rewarded the winner with a Ducati Scrambler, as well as the opportunity to interpret and personalise the bike according to his own personal style. This was just one of the event’s many initiatives lined up during this prestigious international motorcycle exhibition.

Personalised from nose to tail, the Ducati Scrambler was presented alongside a photographic record illustrating the various stages of its transformation, as well as all the elements that played a role in its creation. 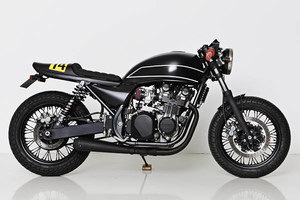