The Ducati ST2 was the first sport touring machine from Ducati when it was revealed in 1997. In its core, the ST2 had very much racing genes but with all the plastic and bags, it all remained hidden. Peter Bösel, a guy from Bavaria wanted to see that raciong heritage on his own ST2 so he and his wife radically rebuilt the bike with the help of a Spanish custom Ducati garage. The result is a breathtaking Scrambler.

Ducati is all about racing, racing and racing again. The boom that was caused by the iconic 916 is unbroken to this day. But if a brand wants to be successful, it needs versatile models. Models like the ST2 once was. Revealed in 1997, the ST2 was a sport touring motorcycle and most Ducati fans thought: what’s with the hard luggage and relaxed ergonomics? It’s blasphemy! But the idea of the sport touring concept and the “banal everyday practicality” proved to be financially successful for a short period of time. Then came the new wave of versatile all-round machines and the Multistrada but that’s another story. 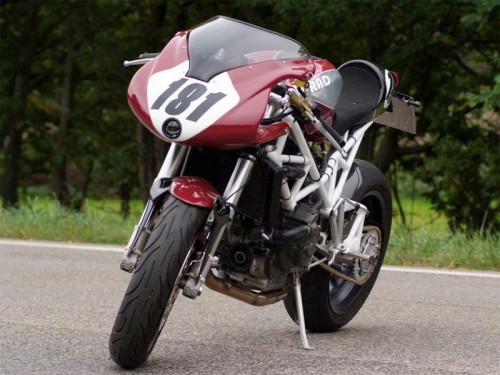 If you are interested in a Ducati swingarm stand, see this Ducati Rear Single Sided Swingarm Stand

It all began in 2013 when the wife of a Ducati owner in a small Bavarian village, Titting saw a radical custom Ducati in a Spanish motorcycle magazine. The bike was built by RAD (Radical Ducati) in Madrid. After that there was no way to stop Peter Bösel and his wife. Peter contacted the guys at RAD and got some ideas and instructions from Pepo Rosell and his buddy Ramon Reyes. But he wasn’t satisfied with the virtual advises so he just sat on the Ducati and went down there for further instructions. 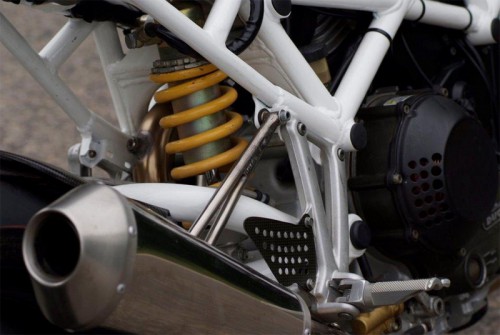 The frame remained the same

Peter had his own ideas regarding the concept. He didn’t want to change the engine for instance – the two-valve 944cc Desmo’s 83hp and 84 Nm was enough since Peter wanted to make the bike much lighter and nimble. The frame also remained the same but he got rid of all the plastic. The carbon seat, the aluminum tank, the tail section with the Montesa back light and the windshield were all made by the guys from RAD in Spain. The tank is five liter smaller smaller than on the original ST2 but you have to pay the price of the design. Peter didn’t change the fork and the shock absorber but the swingarm was replaced by a unit from a Monster S2R and the wheels were originally built for a Ducati 748. The turn signals are modern LED units and the handlebars were made by Tomaselli. Brakes are Brembo units and the exhaust is a Wolfmann piece. 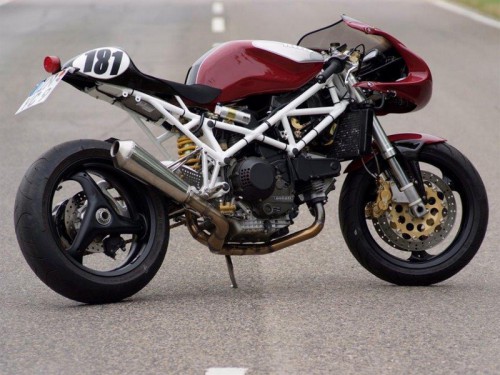 You’d never guess that it was a sport touring machine

The result is a fine-drawn, nimble bike that weighs just 169 kg wet (372 pounds) – more than 30 kg lighter than the original ST2. Top speed is about 220 km/ h (137 mph) but you don’t necessarily want to go that fast since wind protection is almost non-existent compared to the original ST2.

If you are interested in a programmable Ducati taillight, see this Ducati 848 1098 1198 Programmable Integrated Tail Light and Flash Control Module 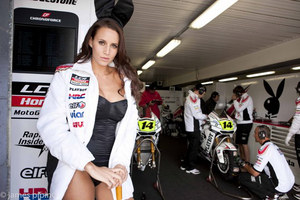