Hesketh is working on the “Bugatti Veyron of motorcycles”

Hesketh, a small British manufacturer announced that they will reveal the “Bugatti Veyron” of the bikes in two years. To put it into perspective, here are some facts of the other bike that Hesketh already offers: the motorcycle, called the 24 is powered by a 1,950cc air-cooled V-Twin and carries a price tag of £35,000 ($53,700 or €47,500). The new bike will be even more powerful and more expensive. 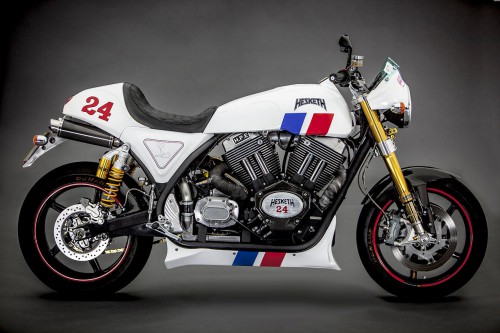 The 24 “is not for the faint-hearted”

For many motorcycle fans, the name Hesketh means nothing. That’s not a surprise if you look at their history: 35 years have passed since the company was formed by Alexander, 3rd Lord Hesketh, and in all those years, they sold a total number of ca. 220 motorcycles. The most successful Hesketh model was the first one, the V1000, a “gentleman’s tourer”.

After many years of struggle, Lord Hesketh sold the company to investors. The new management decided to put some life into the brand and after four years of work, Hesketh Motorcycles announced in early 2014 that they will release a bike called the 24. Designed and developed by Paul Sleeman, Hesketh Motorcycles owner and Chief Engineer, this proposed new machine – named after the number on James Hunt’s 1975 F1 car – will be a limited edition with only 24 built and on sale internationally. And why James Hunt? Lord Hesketh’s Formula One team was the last private team to win an F1 Grand Prix, with Hunt at the wheel. 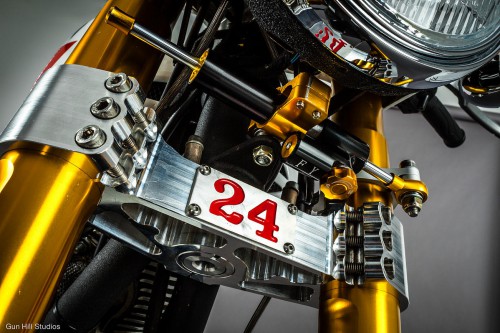 The 24 has some beautiful details

Are you interested in custom bike? Check out this book about Custom Bike Building Basics

The 24 is not a small bike. As a matter of fact, it is powered by one of the largest V-Twins on the market. The heart of the 24 is the American S&S X-wedge engine, a high torque 1,950 cc air-cooled V-twin with a proven and reliable power-train. Since performance was important to Hesketh, British tuners Harris Performance Engines modified the engine, offering tuning stages at three different power outputs. The air-cooled push rod-actuated, injected V-Twin has a displacement of 1,950cc and delivers 125 hp at 6,000 rpm and 196 Nm (144.5 lb-ft) peak torque at 3,000 rpm in the base version.

Well, the new model will be powered by an even bigger engine. “If the 24 is like an Aston Martin, we’re working on a Bugatti Veyron,” says Sleeman. The new bike will be revealed in 2016. 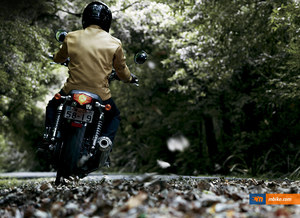