The North American division of Vespa has just announced its 2015 300 GTS range. The largest and most powerful product of the manufacturer will be offered in three variants: the GTS 300, GTS 300 Super and GTS 300 Supersport. The three models are technically perfectly identical, but there are plenty of differences between them.


The 300 GTS is the most powerful Vespa ever built: the 278cc single-cylinder four-valve engine delivers 21.2 hp at 7500 rpm and 16.4 lb-ft. at 5000 rpm. Thanks to its power, the GTS 300 is one of the fastest (stock) scooters available right now. In fact, this engine allows you to overtake cars even at speeds above 60 mph. Top speed is about 80 mph. The engine is coupled with a seamless transmission which works in a very smooth manner. 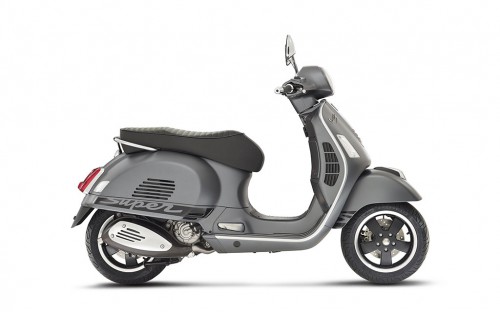 The most powerful Vespa ever built

One major technical update for the new Vespa GTS is its front suspension, which is inspired by the Primavera’s. Another important upgrades are new ABS and traction control systems, along with the adoption of Vespa’s ESS (Enhanced Sliding Suspension). You’ll also find traction control on this list: it’s called Acceleration Slip Regulation and it uses ABS sensors to compare the rotation speed of the two wheels, preventing the rear wheel from sliding. The GTS also got the PMP system, rebranded as the Vespa Multimedia Platform which turns your smartphone into an onboard computer with GPS navigation and real-time display of vehicle data like speed, torque delivery, fuel consumption and tire condition.

The GTS 300 has a more traditional look than the other two. This one features a chrome rear luggage rack while the Sport and Supersport models got black wheels, different front fender molding, and red suspension springs. The Supersport also features special graphics and saddle. 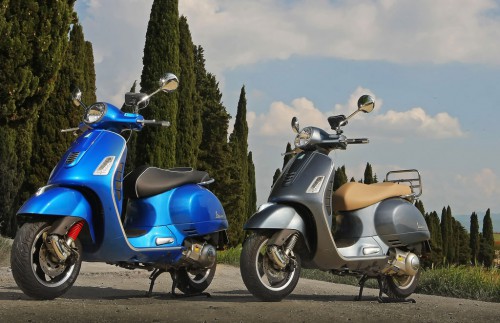 The Scooter with traction control

If you are looking for a cover for your Vespa, see this Scooter / Vespa Cover size L in Black 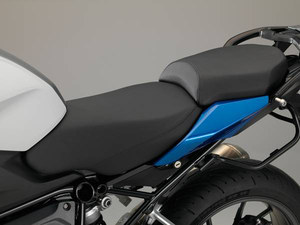