The biggest BMW Motorrad party in 2014

Anyone who has been to the BMW Motorrad Days at least once is familiar with the basic atmosphere: by day there is a great elebration of motorcycling and at night people on the same wavelength simply celebrate life itself – and both parts are as relaxed and open-minded as is typical of the very best motorcycle parties. This year there were once again some 40,000 two-wheel fans present in Garmisch – the same figure as for the record year 2013. There was simply something to suit every mood and every kind of motorcycle culture. Those with a rockabilly hairstyle went to see the rock ‘n’ roll bands playing at the Motodrom in the evening. Those in search of party music found it in the beer tent. Those who prefer things to be simple went to see Byron play his guitar by the camp fire.

The trend towards motorcycling as a lifestyle – already clearly in evidence at Hausberg last year – was even more pronounced this time round, with Ace Café, Motodrom and some great BMW conversions reflecting a richly varied motorcycle culture. And in spite of the fact that the show rate at the Motodrom was increased to one every half hour, the shows were full every time. 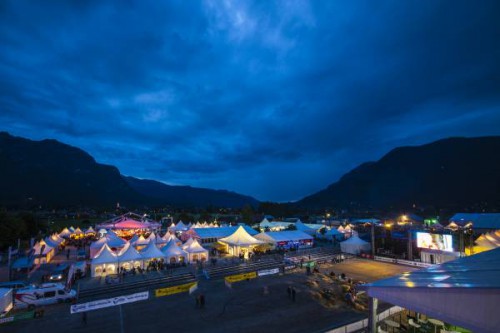 “You see there’s a growing awareness of this kind of authentic phenomenon”, said Motodrom operator Donald Ganslmeier. “At some point the television gets boring: here spectators can watch at close quarters and see something truly spectacular. I hope we’ll be able to come again next year.”

Mark Wilsmore of Ace Café London would like to come back in 2015, too: “The ride from Glemseck to Garmisch was fantastic: excellent roads, perfect weather. I made sure I brought by rain things with me from London, but I never used them. I hope things work out this way next year: it was a great excuse to have fun.”

Mark rode a BMW R nineT on the run from Glemseck – a bike which suited him to a tee both visually and in terms of riding. Guests were able to test ride the nineT as well as all the other current BMW models, but for those who missed out due to the huge interest there was a high-tech solution – thenineT simulator: Oculus Rift VR goggles, headphones, a ventilator and a BMW R nineT to sit on provided such a realistic ride in a 3D film that the user would sometimes hang out into the arms of the onlookers. “This would be great for virtual test rides at dealerships during the winter,” said a BMW helper at the simulator. Or to put it in the words of an 11-year-old test rider: “Again!” 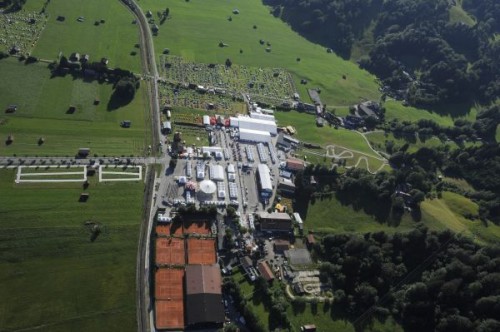 The BMW Concept Roadster was featured on the first floor of the
BMW Motorrad exhibition – a show bike that is designed to point the way forward to future BMW roadsters. “It’s a very reduced bike with the masses centred above the front section – just as a roadster should be,” said Edgar Heinrich, Head of Design at BMW Motorrad. “You couldn’t actually get this machine approved for road registration, but it’s not all fantasy. Certain details may well turn up in future serial production motorcycles.”

It’s worth keeping your eyes open at the BMW Motorrad Days because there are always a number of special guests who make the trip out to Hausberg. This year’s celebrities included: 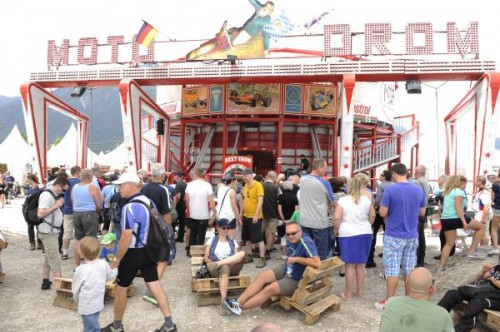 Once again, the show went off peacefully and without any noteworthy incidents in 2014. “Once again this year the weekend went very well overall,” said Heiner Faust, BMW Motorrad Head of Sales and Marketing. “Great weather, lots of attractions – some new – and visibly enthusiastic visitors make the Motorrad Days what it is: the most important event for the BMW Motorrad Community. Here you can party together, talk shop and discover new facets of our brand.” Special thanks go to the external helpers of the Bavarian Red Cross, fire service and police – as well as the 250 helpers on site who worked behind the scenes to ensure everything went off smoothly.

This report provides a few spotlights on things which might have been overlooked in all the hustle and bustle. But more always happens than you can find words for afterwards – and it’s probably better that way. After all, there’s only one way to make sure you miss as little as possible, and that’s to come back again and again and try out new things. And that’s just what we do. See you at the BMW Motorrad Days 2015.