Meet the new Buell 1190RS. The 1190RS is the first new streetbike to carry Buell’s name since Harley-Davidson discontinued the original Buell Motorcycle brand. The bike is powered by a liquid-cooled V-Twin claiming 175 hp at 9750rpm and 97 ft-lb. at 9100rpm. As previously reported, the 1190RS will use Ohlins suspension. The front brake uses an 8-piston caliper and is equipped with cooling ducts. The base EBR 1190RS will have a price tag of $39,999 while the Carbon Package is an extra $4,000. The 2012 EBR 1190RS will be available in four colors: Abraxas Inferno, Boreas Frost, Burnt Armor and Pitch Black.

„We knew from the beginning we could build this bike. But we expected any number of roadblocks to knock us off track. After all, starting a company in this economic climate with no other goal than to produce high performance motorcycles takes either a fair amount of ignorance or a brass set. But things kept falling into place. And today, the reward is 389lbs. of meticulously designed sport motorcycle propelled by a powerful 175hp motor. Must be fate.” says Buell’s press release. 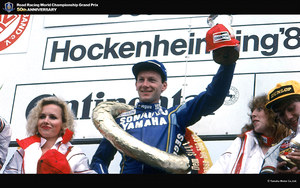