Erik Buell Racing continues to release information about its new 1190RS street bike. This new video, which is the first in a multiple-part series, gives us only a quick glimpse of the V-Twin superbike. Although details are scare, we do know that the bike is based on the 1190RR race bike, which was originally based in-turn off the now defunct Buell Barracuda 2. Former owner of Buell Harley-Davidson closed down Buell before the Barracuda 2 could make it into production. We’re expecting more videos to come. 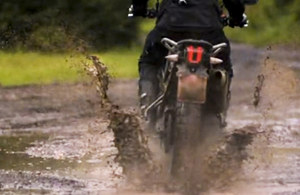