CR&S unveiled the DUU back in November 2009, and now they’re taking orders, although the firm proudly announced that the entire 2011 production of 130 units has been already sold. The DUU has a price tag of €19,000. The CR&S DUU is a unique model around the world’s motorcycle context. It was born in the CR&S workshop, the small Milanese factory which is known for the refinement and the exclusivity of its own creations. 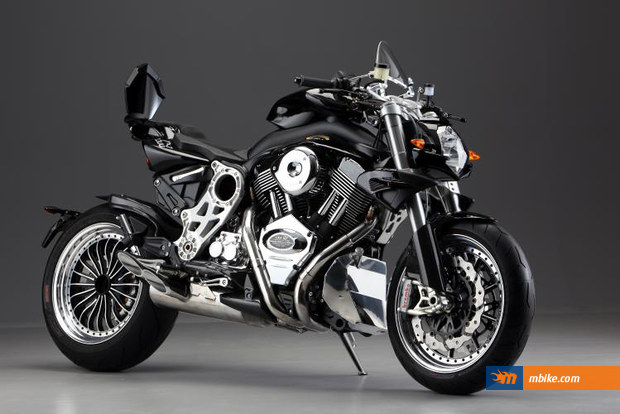 But above all, because of for the first time two motorcyclist excellences are gathered: Italian sporty rolling chassis and design powered by a muscular American big-twin. The American big displacement engine’s attraction, and particularly its muscular torque, doesn’t have any equivalent at all. But it is not a model born only for the huge American open roads. The chassis and its handling performances are much more evolved than what can be thought. These parts have been engineered and designed to warrant a complete riding satisfaction on every kind of routes, even on fast bends or mountain’s narrow roads. The DUU is an innovative motorcycle, “modular and muscular”, with durable materials and components, equipped with a powerful, rugged and reliable engine. 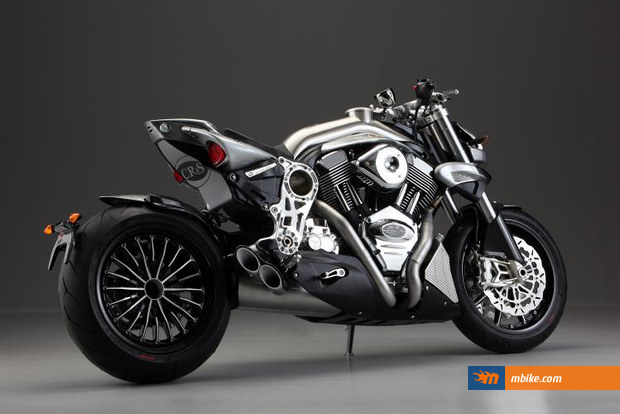 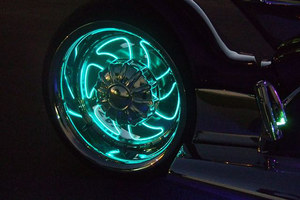