Small Italian motorcycle manufacturer CR&S is celebrating the 150th anniversary of the unification of Italy with the special VUN Tricolore at the exhibition “The future’s in the hands”, part of the “Esperienza Italia” event. CR&S inaugurates the show with its first model, the VUN (which means ‘one’ in Milanese dialect), which has come to be known in Italy and the world as being synonymous with creativity and elegance in motorcycle building. 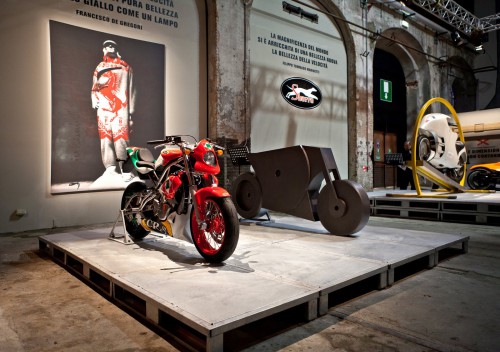 CR&S VUN Tricolore at the exhibition

The VUN is decked in a livery created specially for the occasion, inspired by the design of the green, white and red diamonds of the flag of the First Italian Republic (1802-1805) which maintained the territory of the Cisalpine Republic and included Lombardy (without the Oltrepò Pavese), Emilia (without Parma and Piacenza), Romagna, the province of Novarese and part of the Veneto bounded by the Adige River.

The openly ‘Lombard’ connotation of CR&S, which proudly carries on the Milanese mechanical tradition, is a plus that makes it “representative of the excellence of Italian craftsmanship”, to use the words of Enzo Biffi Gentili, curator of the exhibition and director of MIAAO (International Museum of Contemporary Applied Arts). Biffi explaines the reasons why CR&S was chosen as the first guest star of the Turin expo: “Some are evident: the manual assembly, the custom approach, the know-how, the innovation on an illustrious tradition, the understated elegance…  but other Italian manufacturers can vaunt these same qualities. The ‘precedence’ given to CR&S was motivated above all by its ‘politico-cultural’ aspect. For some time now, the major experts in applied arts, such as architect Ugo La Pietra, sustain that the rebirth of a necessary ‘artisanal super-sector’ in our country will have to be founded on a ‘new territoriality’, on the right to assert one’s own identity, tied to a specific material and technological culture, a genius loci. And so: Vun and Duu, proud vindications of ‘Lombard-ness’, with a touch of irony. Yet the special livery of the Vun on display depicts the Italian flag, which is in no way contradictory. Because the defense of diversity, as well as of belonging, should be seen as a resource, an ‘added value’ of national interest, in terms of both politics and business”. 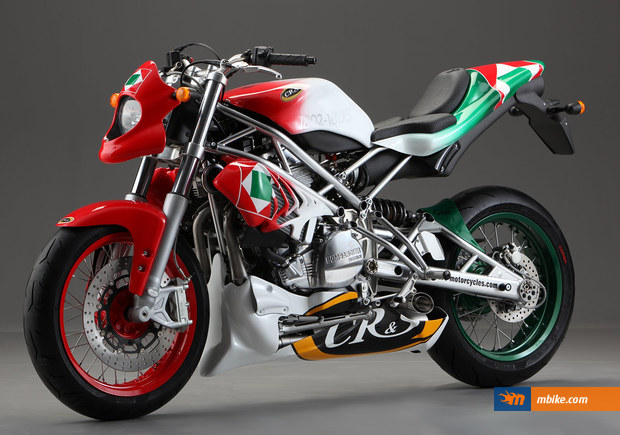 After few monthes on display, the VUN will make way for its elder sister, the DUU (“two” in Milanese dialect), also decked in the flag. This bike synthesizes the best of Western motorcycle traditions and is distinguished by a futuristic design that inspired sculptor Umberto Cavenago to create a work depicting an abstract motorcycle that will be presented on the occasion of the Turin exhibition. 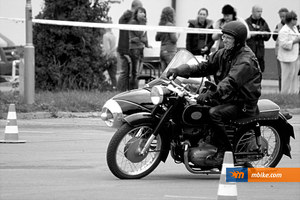