BPG Motors unveiled the newest generation of its Uno transforming scooter, the Uno III. The mini-motorcycle is small enough to fit in an elevator to bring up to an apartment and stable enough to handle Boston’s morning rush hour. The Uno now has three wheels. In Uno mode, the Uno is a unicycle that balances on a single pair of parallel wheels. At high speed, a middle wheel rolls forward and the outer wheels shift backwards transforming the Unicycle into a full streetbike. This system allows the Uno to be stable throughout the transition. 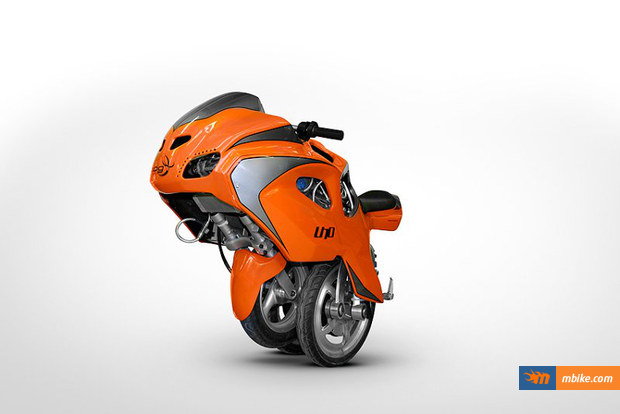 The Uno folds into a self-balancing scooter

The Uno III has a sporty design, though the bike’s top speed is limited to 35mph (56 km/h) and has a range of 30 miles (48 km). It’s aimed at urban dwellers, most likely in Europe, where there is a strong culture around motorcycles and scooters. We’re definitely focused on the urban scooter buyer but someone looking for more unique vehicles and something quite stylish.” said Brad Harkavy, CEO of BPG Motors. The company plans to produce the Uno III in limited runs in about a year. The Uno III is expected to cost between $4,000 and $7,000. 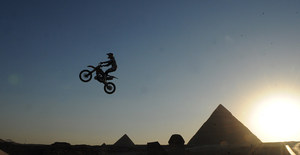