The scooter division of Peugeot has just revealed a new special edition of its Metropolis three-wheeler. The Metropolis Blue-Line features two-tone blue and black bodywork, black engine casing, black wheels with blue detailing and low profile adjustable smoked screen. The scooter comes with a two-year uunlimited mileage warranty and it costs £7,199 in the United Kingdom. 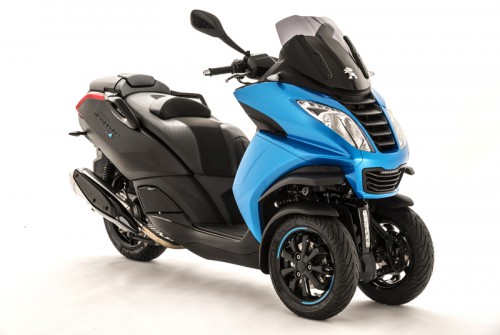 New for summer 2015, the Blue-Line is a special edition of the Peugeot Metropolis three-wheel scooter. Its distinctive two-tone bodywork is inspired by the latest automotive colour trends and is enhanced by machined black wheels with blue detailing and a dual-texture sport seat, highlighted with blue stitching. The Blue-Line also gets a low-profile smoked sport windscreen and black engine casing. 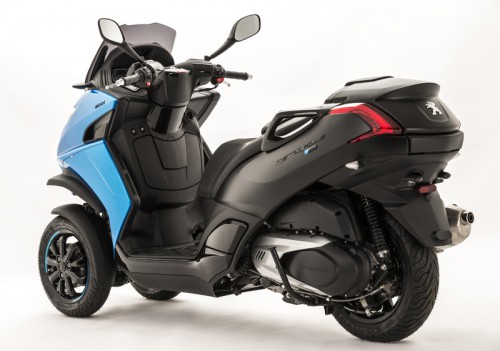 Power is supplied by Peugeot’s new 400i Low Friction Engine. The two front wheels tilt when cornering, so the Metropolis corners and steers like a motorcycle, but with three tyres gripping the road, it is reassuringly stable, whatever the conditions. Riders can lock the Metropolis upright at the push of a button, for improved stability in slow-moving/stationary traffic, at the petrol pumps and for ease when pushing it into a parking space. 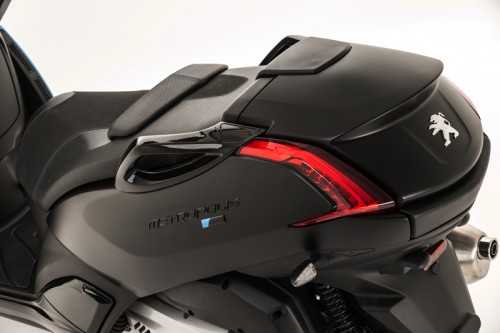 Synchro Braking links the twin 200mm front disc brakes and 240mm rear for powerful and controlled stopping. Tyre pressure monitors, with a real time display in the dashboard, are included as standard. Other technical features include an electronic key-less ignition that is recognised within 1.5 m of the Metropolis and and electric parking brake’ operated by a switch located in the centre of the handlebars. Daytime LED running lights. Twin storage bays located beneath the seat and boot can be independently opened remotely using buttons on the dashboard and a 12-volt power socket is in the glove box. 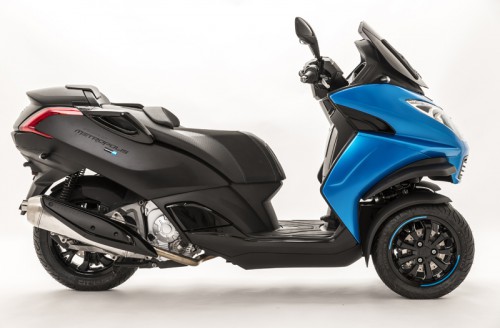 The multi-position  windscreen can be adjusted to suit without tools. The Peugeot Metropolis Blue-Line is an A2 category motorcycle but can can be ridden on a car licence by drivers who passed their test before 19 January 2013. It sells for £7199- on the road and is covered by a two year unlimited mileage manufacturer’s warranty. 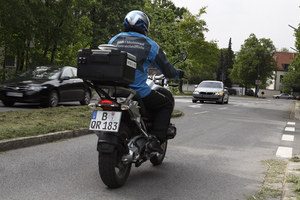