MotoMorphic is a small company that builds radical custom motorcycles that are meant to be ridden-motorcycles. Their newest bike, the JaFM looks just mean: enormous tires, huge frame tubes, hand formed bodywork. The solid chassis holds a huge, 7-gallon fuel tank. The heartbeat of MotoMorphic’s JaFM is a technologically advanced durable Teutonic engine built by Rotax. Fresh air enters through the hood scoop, which functions as well as the housing for the headlights. Exhaling via stainless steel pipes through a custom muffler, the rumble is assertive but not offensive. 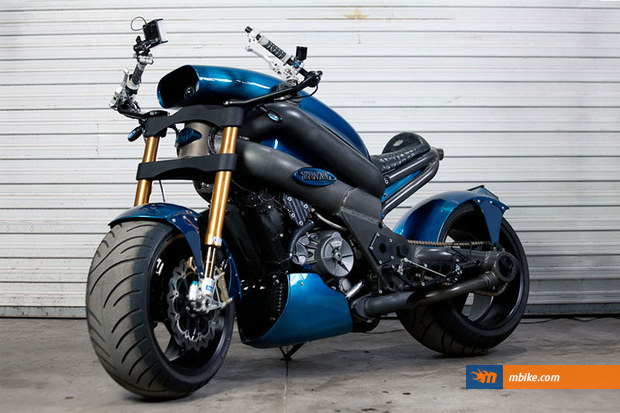 The 997cc 4-stroke 8-valve V-twin develops 110 hp and 70 lb.ft. of torque. The engine is coupled with a six-speed integrated transmission with a slipper clutch. The company didn’t release performance figures but they say the bike is „fast enough”. Every JaFM will be unique because the riding position is tailored to fit each individual JaFM owner. The unique ratio of their seat-to-foot pegs-to-handgrips is measured and incorporated into the crafting of each JaFM. The foot pegs are positioned on rearset brackets that are machined in-house on a per customer basis, and the unique spherical mount bar wings and handlebars give an unlimited range of adjustment for hand position. The JaFM’s user interface is built to the exclusive proportions of the owner. 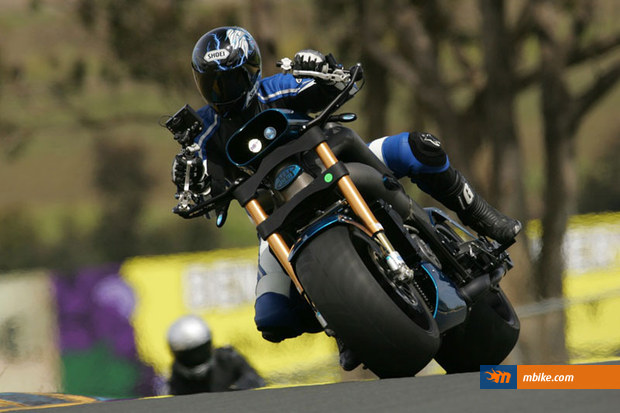 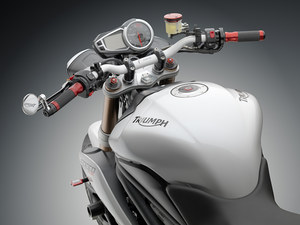