The Italian manufacturer introduced the RXV 4.5 rally bike last year, and the twin-cylinder adventure bike is a real threat to the KTM 450 Rally on the 2011 Dakar. Francisco „Chaleco” Lopez has obtained the third place overall, with three stage victories. His 450cc Aprilia is very reliable, both in terms of performance and sturdiness. The bike features a V-twin with single overheadcamshaft, titanium valves and dry sump lubrication. The RXV 4.5 Rally Replica has a price tag of €37,000. 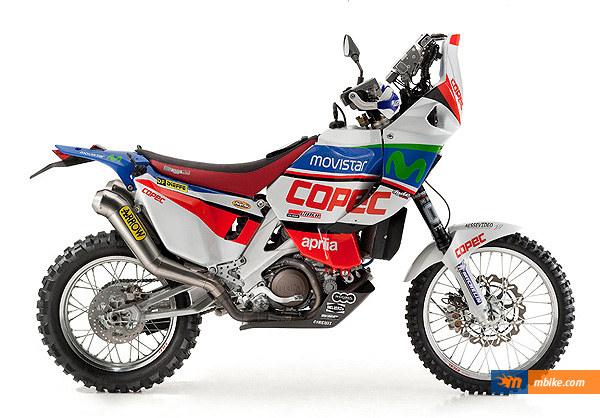 For those who already own a RXV or are unwilling to expend the cost of a new bike, Aprilia Racing has created a conversion kit to transform their bikes for races in Africa. It is a radical change of the bike, which starts with a new modified chassis (giving back the original). The kit includes all superstructure required, from four tanks to the hull, from the saddle to the wheel guards front and rear, from skid plate with integrated gear compartment to water tank. Öhlins´steering absorber, front and rear wheels, rally saddle Dalla Valle with Carbon fiber structure, Arrow Rally Replica exaust system, frame for mandatory navigation and security devices, and oil radiator are main components of the kit. 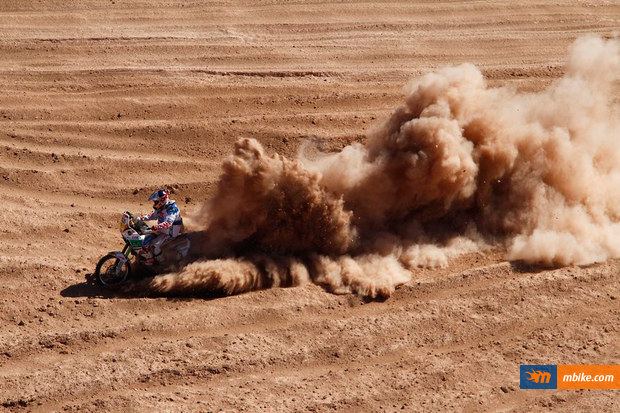 Lopez and the Aprilia in action 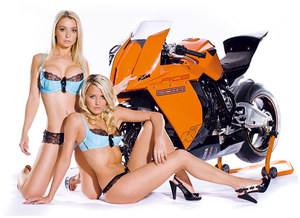